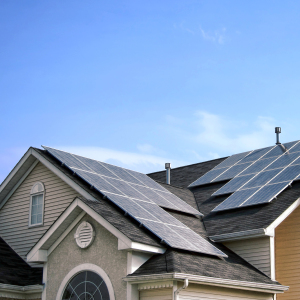 As a presidential candidate, Donald Trump had little love for the Paris Climate Accords, repeatedly promising that, were he elected, he would pull the U.S. out of the deal. Despite fits and starts, the day of departure seems imminent and clean energy firms are worried. Abandoning the Paris Accords, which placed special emphasis on clean energy sources, would make an already difficult market even worse for green energy companies. The companies are already facing the loss of venture capital and had been counting on federal assistance to fill in.

Last year, cleantech venture capital stood at $5.2 billion, or about 30 percent less than its 2011 peak. The money that is being invested has also shifted, with venture capital firms biased towards late stage deals, energy efficiency, and solar energy. Right now, companies in these areas are receiving about half of the venture capital funding.

“Venture capital (VC) firms spent over $25 billion funding clean energy technology (cleantech) start-ups from 2006 to 2011 and lost over half their money,” write Benjamin Gaddy, Varun Sivaram, and Francis O’Sullivan in a recent paper for the MIT Energy Initiative, “as a result, funding has dried up in the cleantech sector.”

The researchers found that, once venture capital firms set aside their ideological biases, investments in a variety of clean energy technologies, including energy storage, advanced green materials, carbon capture, and alternative electricity sources made little sense. After receiving generous financial backing, many of the cleantech firms offered a “dismal” risk/return profile, with was further “dragged down by companies developing new materials, chemistries, or processes that never achieved manufacturing scale.”

The researchers had grim news for the future of green technology, concluding that the venture capital model was “broken” for the cleantech sector, which they described as suffering from a “a dearth of large corporations willing to invest in innovation.”

“The correct lesson is that cleantech clearly does not fit the risk, return, or time profiles of traditional venture capital investors,” they continued. “And as a result, the sector requires a more diverse set of actors and innovation models.”

Sivarum explains that this is in part because venture capital firms expect a return on investment more quickly than clean technology start-ups were prepared to deliver.

“These investments were illiquid,” he says. “They would tie up capital for much longer than the three- to five-year time horizon that VCs preferred.”

Just because the market has cooled does not mean that investors are completely unwilling to back green technologies. Sunnova, a Houston-based company that provides residential solar energy systems, has raised more than $2 billion in venture capital over the past four years. In just the first four months of 2017, it raised nearly $775 million in venture capital. Despite doing business in 20 states, so far, it is not cash flow positive.

Other companies in the residential solar energy sphere are not so lucky. Sungevity, which had been the fifth-largest residential solar panel supplier in the United States as recently as 2015, filed for bankruptcy. According to paperwork filed during the bankruptcy process, the company lost nearly half a billion dollars between its founding in 2007 and bankruptcy in 2016.

While the investment market has been trending away from clean energy for several years, Trump’s election seems to have been the straw that broke the camel’s back. His proposed budget cut funding for research and development in clean energy

“At just the moment when the U.S. clean energy innovation enterprise may be hitting a flat spot, the Trump administration has proposed draconian federal budget cuts that raise new concerns about the future of the nation’s commitment to low-carbon economic development,” write Mark Muro and Devashree Saha of the Metropolitan Policy Project.

For the sector to survive, additional sources of investment funding need to be found. With private investors increasingly wary of putting more money into technology with little chance of future profitability,

Supporters of clean energy research argue that the Department of Energy should pick up the tab and increase funding for research and development.

In addition, solar energy companies are taking a different tack, pressuring the U.S. government for protection against aggressive trade tactics from foreign competitors. Last week, the U.S. International Trade Commission decided to move forward with an investigation into allegations that Chinese companies flooded the market with cheap fuel cells in an attempt to drive out competition.

As part of the case, the U.S. notified the World Trade Organization that it was considering enacting emergency tariffs on imported solar cells. Although the U.S., India, and China have been vying for market leadership, the case has been primarily driven by the bankruptcy filings of Suniva, a Georgia-based solar energy firm.

These arguments were seconded by Reps. Dan Kildee, D-Mich., and Rob Woodall, R-Ga., in a letter to the ITC. The two congressmen argued that a “surge of cheap imports” from China and Asia were “devastating” American producers, resulting in job losses for American workers and several major bankruptcies.

“The bankruptcy of major producers in the industry satisfies any definition of injury,” they wrote.

Enacting a tariff would be at best a short-term solution and would dramatically raise the price of solar electricity. For at least some companies, it may be one of the only ways to fend off impending bankruptcy. With venture capital spending shifting elsewhere, the precarious position of clean energy is becoming more and more evident.