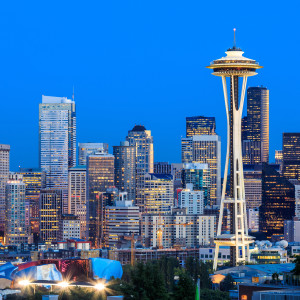 Cities across the country occasionally flirt with rent control as a way to combat rising housing prices. Seattle is the latest metropolis to consider capping rents, as its city council recently took up the debate despite the fact that the state of Washington currently doesn’t allow rent control. While nobody likes to have their rent go up, it’s important to understand why rent increases occur before taking action to prevent them.

When the demand for a good like housing increases the price will increase. That higher price serves a purpose: It’s a signal to both producers and consumers that housing has become scarcer. The higher price incentivizes consumers to buy less housing while simultaneously encouraging producers to build more. If a policy like rent control is in place the price will be unable to adjust, which eliminates the consumer’s incentive to economize and the producers’ incentive to build. In such a scenario there will be a shortage, which is the result of having more people trying to rent housing than there is housing available. Housing shortages inevitably lead to long search times for apartments and a gradual decline in the quality of rental units. In Sweden, for example, rent control has contributed to apartment waiting times measured—not in weeks or months—but in years.

Seattle is certainly experiencing an increase in demand for housing. From 2005 to 2014 Seattle’s population increased by over 93,000 people, a 16 percent increase. However, even this large increase in population only reflects a portion of the actual demand for housing in Seattle, since there are likely many people who want to live there but don’t due to the high cost of housing. The potential residents who don’t live in the city still contribute to the high prices since they bid them up when they compete with other consumers for apartments and houses.

In response to this increased demand developers would normally build more housing, but in Seattle that’s not easy to do. Local land-use rules like the tower-spacing rule—designed to preserve views in the downtown area—make it difficult for developers to construct new units. There were 43,524 single family and large apartment building units constructed in Seattle from 2005 to 2014. And while this may sound like a lot, contrast that number with Houston, where over the same time period 115,749 units were constructed. Houston grew by over 160,000 people from 2005 to 2014—67,000 more than in Seattle—but home prices there are still much lower than in Seattle. Both cities are experiencing higher demand for housing, but only in Houston is the amount of housing growing at a pace that aligns with that demand.

In the long run there are only two ways to decrease housing prices in Seattle: decrease demand or increase supply. So what’s the city to do?

Seattle’s city council probably doesn’t want to decrease demand, as this would mean that the city is becoming a less attractive place to live. So the only real option is to increase supply. Rent control doesn’t increase supply, but instead does the opposite: It discourages new construction by preventing prices from rising. Many cities across the country are having a difficult time attracting residents so Seattle shouldn’t take its growth for granted. But if Seattle and similar high-growth, expensive cities want to be affordable places to live they need to allow more housing.

Adam Millsap is a research fellow for the State and Local Policy Project with the Mercatus Center at George Mason University.