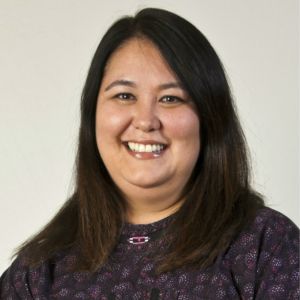 The Trump administration has been slow to staff itself and more than a year after President Donald Trump took office many key positions remain unfilled. Few areas have been as affected by this as Indian Country, where poverty, addiction, and sexual violence rates are much higher than the rest of the country. The Bureau of Indian Affairs (BIA) has been without a permanent, politically-appointed leader since 2015, when Kevin Washburn stepped down from the assistant secretary’s post. On Wednesday, six months after she was first announced as the nominee for Assistant Secretary for Indian Affairs, Tara Sweeney finally had a hearing before the Senate Committee on Indian Affairs.

Sweeney, an Alaska native, is an executive for the Arctic Slope Regional Corporation, one of thirteen such corporations created in the 1970s when settling aboriginal land claims. She has also served on the board of the Alaska Federation of Natives, the largest tribal organization in the state, and was chair of the Arctic Economic Council.

“I am both a product and a witness to the work of Native leaders to address the challenges that each of our communities face –including social services to protect the most vulnerable, the perpetuation of our languages and cultural practices, investment in education, housing, and other infrastructure, and capacity building to develop economic opportunities at home and across the country,” Sweeney said in her statement to the committee.

If confirmed, Sweeney would be the first Alaska Native, and the first woman in more than 20 years, to lead the BIA. She would also be one of the few lacking ties to the state of Oklahoma. Ironically, her Alaskan background has raised a number of concerns. For months, Sweeney’s nomination languished without a scheduled hearing, in part because of ethics concerns. Unlike tribes in other parts of the U.S., who live on reservations, Sweeney’s Inuit community is a corporation which she has a partial stake in. Divestment from the tribal corporation would be akin to renouncing her membership in the tribe.

The unique structure of tribal government in Alaska was also a source of concern for senators at Wednesday’s hearing, who worried that Sweeney might be unfamiliar working within a more traditional reservation framework. Sweeney, however, stressed the similar concerns native communities share across the country.

“When you remove geography from the equation, the social issues that Alaskan natives, American Indians, and native Hawaiians face are the same,” she said, explaining that, regardless of how they were legally organized, native communities had similarities in the government structures providing regional tribal housing authority, BIA schools, and the same healthcare. They also share many of the same problems, including meth and opioid addiction, spousal abuse and domestic violence, and educational challenges.

“As I’ve worked within Indian Country and with Indian leaders cross this country, we are more alike that we are dissimilar,” she stressed. “We have more similarities. For those that may fear that I am too Alaska-centric or that I don’t have “Lower 48″ experience, I want to dispel that myth because I am committed to working very hard for Indian Country and for native self determination.”

Throughout her testimony, Sweeney stressed her commitment to tribal self-determination, reiterating that solutions that work for one tribe may be ineffective for another.

“Putting politics aside, the BIA is the department of self determination,” she said.

As head of the BIA, Sweeney would have her work cut out for her. The bureau has spent years under temporary leadership and suffers from a lack of stable personnel at the regional level. In addition, tribes have concerns about the quality of BIA schools and its effectiveness in providing other needed social services. According to one of the senators, the Crow tribe has written to complain that BIA agents have missed child abuse hearings. Meanwhile, over 40 percent of BIA employees reported experiencing sexual or racial harassment last year.

During the hearing, the senators grilled Sweeney on how she would reform the agency. Her answers stressed the need to bring in “best practices” from the private sector, establishing a zero-tolerance policy for harassment while maintaining a commitment to full tribal consultation. Sweeney explained that her previous experiences sitting in on meetings with government officials had showed her the difference between a “check the box” mentality of tribal consultation and one which believes in stakeholder engagement and going local first.

At the same time, the road after confirmation may not be easy. Alaska Senator Lisa Murkowski (R) told Sweeney that she would work to expedite a floor vote, but wanted to see Sweeney pressuring other government agencies to make the BIA a priority.

“We need you busting down doors,” Murkowski said, stressing the need to break down silos within the BIA. The position of head of BIA is an unusual one, since it includes elements of justice, housing, public safety, education, and other government services, each of which otherwise has its own cabinet secretary.

A final vote on Sweeney’s nomination has not yet been scheduled.