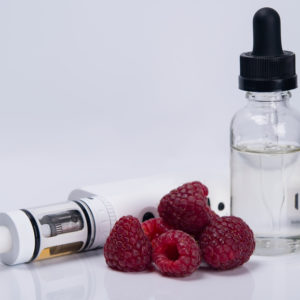 The Trump administration recently announced plans to ban flavored e-cigarettes, the latest in a string of regulatory actions designed to crack down on the vaping industry. The measure, according to the FDA, is designed to curb an “epidemic of youth e-cigarette use” and protect public health. Putting aside the attack on consumer sovereignty and naked paternalism that this initiative represents, there are practical reasons to expect the FDA’s proposal to backfire.

Policymakers are right to worry that the proliferation and aggressive marketing of flavored e-cigarettes may entice young non-smokers, but a sweeping ban on e-liquid flavors would invite a host of unintended consequences.

Despite misleading headlines and equivocations from some health officials, the fact is that nicotine e-cigarettes, while not risk-free, are much safer than combustible tobacco products. In 2015, the U.K. health agency Public Health England reviewed hundreds of scientific studies and concluded that e-cigarettes are at least 95 percent less harmful than conventional cigarettes. Other organizations, including the American Cancer Society, agree that vaping is significantly less harmful than cigarette smoking.

So far, the recent spate of vaping-related hospitalizations in dozens of states don’t change this conclusion. These cases have consistently been linked to homebrews and black-market concoctions containing marijuana extracts like THC, not commercially available nicotine e-cigarettes.

Vaping also appears to be nearly twice as effective as FDA-approved smoking cessation aids. A recent randomized trial found that 18 percent of smokers had stopped smoking a year after being introduced to e-cigarettes, while only 9.9 percent of those using nicotine replacement therapy had quit.

Over the last decade, millions of American smokers have switched to e-cigarettes, a major public health victory. In fact, the FDA’s own data show a direct relationship between rising e-cigarette use and cratering smoking rates among teens.

For the one in 12 high school students and one in seven adults who regularly smoke cigarettes, restricting e-cigarette flavors will reduce the appeal of a potentially life-saving alternative. And for former smokers who have successfully transitioned to vaping, depriving them of their preferred flavorings could drive them back to the pack. Moreover, a survey of young adults who use both e-cigarettes and combustible cigarettes indicated that bans on e-liquid flavors would lead to reductions in e-cigarette use and simultaneous increases in combustible cigarette smoking.

Research also suggests that the availability of flavors is not as powerful an enticement to kids as the FDA asserts. A survey of non-smoking teens in 2015 found that they had very low interest in e-cigarettes (0.4 on a 0-10 scale, on average), and the availability of different flavors had no impact on their level of interest. The FDA’s own figures also indicate that teen use is down for every e-cigarette flavor except menthol/mint, which calls into question the oft-cited claim that flavors are driving the increase in vaping among young people.

Over the last half-decade, vaping has helped reduce tobacco harm more than any other intervention. The FDA’s sweeping, knee-jerk policy change ignores the evidence and threatens to put lives at risk. Reducing the availability of flavored e-cigarettes will impose high costs on smokers while doing little to reduce vaping among teens.