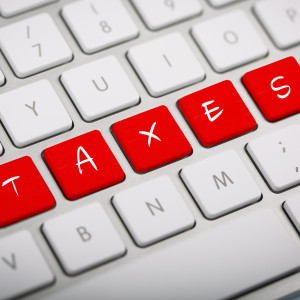 Business leaders testified before a congressional hearing Thursday to share their views on how to reform the tax system to promote economic growth.

President Donald Trump has made tax reform one of his top priorities. The administration hopes a simplified and reduced tax rate will help spur economic growth. The administration released a summary of its plan April 26. The House Ways and Means Committee held the hearing to get suggestions from the private-sector.

“One of the biggest issues facing the country is how to unleash economic growth, which has underperformed for the last decade,” AT&T chief financial officer John Stephens said during the hearing. “If we’re serious about robust growth, then we must get serious about jump-starting private-sector investment. And the best way to do that is to fix our broken, last-century corporate tax code.”

House Speaker Paul Ryan and Rep. Kevin Brady introduced a blueprint last year which included many of the same reforms the administration is now pursuing. Both plans are intended to reduce the number of income brackets to three while reducing rates for upper and middle-income earners. They also lower the corporate tax rate.

“Our twentieth-century tax code fails to reflect the realities of today’s twenty-first century global and internet-focused economy,” Stephens said. “We no longer live in a world where the U.S. can set a corporate tax rate without considering what our international competition looks like.”

Advances in technology have quickly changed the economy is radical ways. It has opened up new opportunities like in the information technology sector while also threatening traditional jobs like in manufacturing. Technology has also allowed the world to connect more easily which has created a more open global economy.

“The U.S. federal tax code was last updated over 30 years ago,” S&P Global President Douglas Peterson testified. “We have a markedly different economy today. For example, who could have foreseen the ubiquitous nature of technology in the way we conduct business today? Intellectual property is more important than ever to our global economy. And the pace of technological change is only accelerating.”

The Organisation for Economic Co-operation and Development (OECD) is an intergovernmental organization founded to promote economic progress and world trade. The United States has increasingly become less competitive with other member countries since its last major tax overhaul in 1986.

“Currently, the U.S. has the highest statutory corporate tax rate among the 35 countries in the OECD,” Peterson said. “Importantly, other countries are attempting to lure our businesses, and their tax revenues, abroad.”

The Congressional Budget Office (CBO) found in an analysis that many other developed countries have been moving towards a more competitive tax system for over a decade. The study encompassed changes from 2003 to 2012. The United States, however, has done little to its tax code to stay competitive during that time.

“In reality, tax policy and trade policy go hand in hand, and I believe that tax policy has far greater effect on trade than any trade agreement ever could,” Zachary Mottl, the chief alignment officer for the Atlas Tool Works, said during the hearing. “Good tax policy, one that encourages domestic production and exports, is in effect good trade policy.”

Emerson Electric Company President David Farr notes the current tax system also adds costs in ways outside the higher rates. The tax system is incredibly complex which forces companies to spend time and additional resources in order to comply with the law. The simplified tax code could potentially save companies on those additional costs.

“While we’ve seen some positive changes, manufacturers and other businesses in the United States still struggle to compete against our international competitors under an outdated tax system that includes very high tax rates for both corporate and pass-through businesses, arcane rules for taxing international income, and a significant compliance burden,” Farr, who also serves as the chairman of the board of directors at the National Association of Manufacturers, said.

“I want to highlight two things, the opportunity for trade competitiveness through tax reform and the unique pain felt by small manufacturers due to excessive complexity and unfair treatment under the current tax code,” Mottl, who also spoke on behalf of the Technology and Manufacturing Association, said. “Today, the most difficult barrier to growth American manufacturers face is our self-inflicted tax code.”

The border adjustment tax is a value added tax levied on imported goods. It is essentially applied when a product is produced in a foreign country but sold domestically. It has become a major point of contention among those on the right with critics warning it could hurt people domestically by increasing costs for goods and services.

It’s more than just the business community calling for lawmakers to overhaul the tax code. The idea generally has bipartisan support, though the approach is still up for debate. Over 30 economists from leading think tanks and academic institutions argued in a letter to lawmakers Wednesday that comprehensive tax reform is long overdue. The letter highlighted the border adjustment tax as being critical to those reforms.

The Business Roundtable found in a survey that business owners would begin investing more back into their companies and employees if the tax system was reformed successfully. The overwhelming majority of CEOs surveyed, at 76 percent, said they would increase hiring if reforms were done right. Most of the CEOs surveyed, however, fear delaying tax reform would hurt capital investments and hiring.