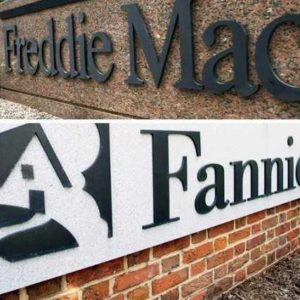 The COVID-19 pandemic may have permanently altered how Americans work, shop, and live. Yet, despite the fundamental shift and uncertainty of the economic future, the U.S. housing market has remained reliably strong. Driven by low interest rates in conjunction with strong demand and limited supply, the median home sale price over the last six quarters has risen from $322,000 to $405,000 – an increase of more than 25 percent. High prices aren’t even scaring homebuyers out of the market as the National Association of Realtors estimates 6 million home sales this year, the highest number since 2006.

The rapid appreciation in home prices is good news for homeowners, but unfortunately, policy changes in Washington affecting Fannie Mae and Freddie Mac amount to subsidies for million-dollar homes and expose taxpayers everywhere to severe losses. Fannie and Freddie are the two federally backed Government-Sponsored Enterprises (GSEs) that buy trillions of dollars worth of mortgages from lenders and repackage them, either to sell them to investors or hold within their own portfolios. As it stands, taxpayers are on the hook for about $6 trillion worth of mortgage risk, or about half of the whole residential mortgage market.

In order for Fannie or Freddie to purchase a mortgage, the actual loan must meet a series of criteria, such as a certain credit score, minimum downpayment, debt-to-income ratio, and more. One of the more controversial rules is the “conforming loan limit,” which is the maximum dollar amount on the size of a mortgage that GSEs are permitted to buy or guarantee. In most areas of the United States, the conforming loan limit is $548,250, but in expensive areas, the maximum loan size is $822,375 for 2021.

Fannie and Freddie’s regulator, the Federal Housing Finance Agency, recently adjusted the conforming loan limit significantly upwards for the upcoming calendar year in response to the rise in home prices. On November 30, FHFA announced Fannie and Freddie would be permitted to purchase mortgages from lenders so long as those loans stay under $647,000, and $970,800 in “high-cost” areas. These new limits are up sharply compared to the 2021 loan limit levels and represent an increase of $98,000 and $150,000 for both the baseline and high-cost areas.

Originally, the GSEs were created with a noble mission to promote homeownership of low- and middle-income buyers. Yet, backstopping homes worth nearly $1 million – particularly in areas with high median incomes – runs counter to their original mission. In many ways, having the GSEs guarantee $1 million homes distorts the market while also adding significant, unnecessary taxpayer liability exposure and liability. Further, subsidizing the ability of the wealthy to buy lavish homes is bad policy and could overwhelmingly be handled by the private sector, as is already the case in the jumbo market.

The high-cost loan limit is an unnecessary subsidy for the wealthy that does not encourage homeownership among low- and moderate-income households. The new high-cost area loan limit means the GSEs can get involved with larger mortgages, as high as 27 times greater than the median income of every individual in the United States. Some argue that raising conforming loan limits is good policy as it ensures homeownership remains affordable for working-class families. But people choose to live in areas that have high home prices, they generally have higher incomes and can afford housing as it stands. No one can reasonably argue that having taxpayers guarantee $1 million homes is a working-class issue.

Unfortunately, these higher loan limits will further burden taxpayers, not help them. Increasing the maximum loan limit means taxpayers will be on the hook to underwrite even more mortgages and will be exposed to even more severe losses in the event these borrowers default on their obligations. Gradually reducing the conforming loan limits would reduce taxpayer risk, end a subsidy for higher-income borrowers, and allow the GSEs to focus lending to those on the lower end of the income scale. In doing so the U.S. housing finance system will become a largely private market without adding liabilities onto taxpayers’ laps

While a fundamental overhaul of the GSEs by Congress remains unlikely in the short term, there are many reasonable actions lawmakers can take to ensure the market runs efficiently, taxpayers are protected, and homeownership remains affordable. One major step would be for Congress to scrap the high-cost area conforming loan and gradually reduce the overall loan limit.