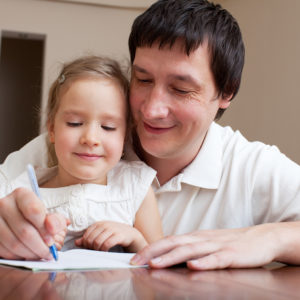 Words from Crosby Stills and Nash’s song, “Teach Your Children Well,” have been ringing in my ears lately. Specifically:

“You who are on the road, must have a code that you can live by.”

If we had only one code — one lesson — to “teach our children well,” what would it be?

My first thought was “kindness.”

Isn’t that how we make the world a better place? We reach out to those in need. We give a little extra. We hold back our anger and replace it with love. Not a bad choice, but is it the best?

My mind wandered next to “integrity.”

If we act with honesty, don’t we perpetuate a code of honor? Setting an example is important with wonderful ripple effects. Maybe we trust each other more. Maybe we impugn one’s motives less. It’s hard to go wrong with “integrity,” even if we disagree on what constitutes integrity.

After “kindness” and “integrity,” other ideas emerged. “Spirituality” helps us to value the intangible and realize that there are forces larger than us. Plus, it makes most people happier.

My musings inevitably have me revert to my parents’ teachings. My dad repeatedly told us that we weren’t the center of the universe. This meant we needed to feel less consequential and build better bridges with the world we engaged in. I was closing in on my final answer.

And then it came to me. In November of 2020, my answer feels clear and unequivocal: Practice tolerance until it becomes you.

In my six decades of living, I cannot recall a time where people felt stronger in their convictions and more eager to criticize opposing views. It’s at odds with my instincts at all levels. The behavior yields no benefits and further divides us.

I have spent my adult life helping businesses understand their customers, and when a product has been introduced that only meets with partial acceptance, successful leaders don’t double down on why that product is the right choice. They return to the drawing board to understand where it doesn’t fit.

It is with that perspective that I found the following post-election examples of intolerance especially painful.

—     Katy Perry was denounced for reaching out to send love to her family as she tweeted, “the first thing I did when the presidency was called is text and call my family members and tell them I love them and am here for them. #family first.” Apparently, this is unacceptable as she received a huge backlash.

—     Mark Cuban, owner of the Dallas Mavericks, tweeted that he suggests donating to charities versus political parties. He tweeted, “I’m neither party. The political duopoly is at the heart of why we are partisan. When you play us vs. them, it gets worse. Take the money away from both parties.”  Reasonable minds can disagree with his view, but the backlash he received was huge as with Katy Perry.

Intolerance in one place in our lives can easily bleed through to intolerance everywhere. It becomes habit. Recently, a group of worshippers in need of finding a new home had to vote between two choices.

One alternative was mainstream, offering clergy, a nice building and a sizable community of congregants. The other was smaller, situated in a more of a home setting, and self-led.

When it came to voting, there was a large silent group who feared stating their preference.

Group discussions had left people noting intolerance, and the silent-in-the-middle didn’t want to risk offending. Are these sensibilities yet another manifestation of insular thinking that has so harmed our political dialogue?

How did we get to a place where it is so painful to hear different points of view? What allows us to feel so certain that those who choose differently must be wrong? And what are the costs of such intolerance?

It is human behavior to seek comfort in packs. Surrounded by like minds, we feel safer. While that hasn’t changed, there is new vehemence we bring to “other”— as in “other than us.” Yes, brokering differences is hard work, but what is the alternative?

How do we build bridges when there is no respect or curiosity for alternative views?

The process of healing will require more than opening our minds. We also will need  to not justify our behavior. One of the wisest saying a friend shared with me lately was her mother’s question every time she complained about a moment or event. Her mother would ask, “But what did you do?’”

Can we ask ourselves, “But what did I do?” If so, we might have the beginnings of a bridge.