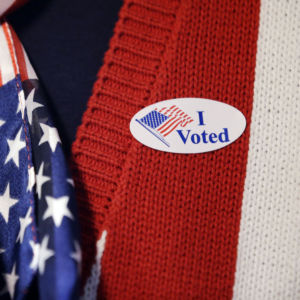 Zuckerman has campaigned over the past year in the hopes of becoming the next union president. He was able to express his views and concerns during a debate hosted by the National Press Club. During the debate Zuckerman bashed Hoffa for sending Secretary-Treasurer Ken Hall instead of attending himself.

Zuckerman argued that union leadership has failed to properly serve its members. He believes the union faces structural issues and corruption. Hall countered the attacks by asserting Zuckerman simply has a personal grudge against leadership.

“My opponent here is a self-described angry man,” Hall stated. “But he’s not angry for all the reasons that he tells you. He is angry because in January of 2010 he practically begged us to let him get on the Hoffa Hall slate as a candidate, and we rejected that. It was not personal at the time, I like Fred.”

The Teamsters election rules allow the president to send someone to debates and events on his behalf. Nevertheless, the debate moderator also questioned his absence. Hall was given the chance to explain why Hoffa decided not to attend the debate.

“Jim Hoffa is out doing what he’s supposed to be doing, he’s out representing our members,” Hall said. “There frankly is no good reason that Jim Hoffa would be standing here and letting an angry local union officer just run down this union. He has more important things to do than that.”

Hall adds that the president has a long history of supporting members on the ground during protests and events. Hoffa has overseen the union since 1999, and his father was one of the most famous union presidents in history. Zuckerman focused primarily on Hoffa but still took time to attack Hall for his own record.

“So they sent Ken Hall, who I feel is the most dishonest and corrupt union official within the teamsters,” Zuckerman noted. “We have real problems in this union. Corruption, loss of membership, lack of organizing, deteriorating contracts and standards and loss of pensions for over one half-million teamsters.”

The election supervisor will mail out ballots Oct. 6 to every member of the union. The ballot count will officially begin Nov. 14 to determine who the next union president will be. There are 21 contested offices membership will be voting on.