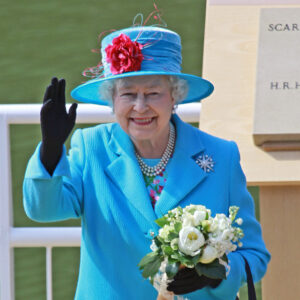 Tears for a Queen, Tears for the Past — and Tears for Ourselves

I have a feeling that with the burial of Britain’s Queen Elizabeth II at Windsor Castle, a gallant and dutiful monarch has been laid to rest, but so has an empire. And millions have been given license to weep for her and for ourselves.

The British summoned up centuries of history in a show of pageantry that none of us will see again — and which, in truth, may never be seen again.

The British buried their longest-serving monarch, and, I think, they also buried memories of an empire and of a time when ceremony was part of the art of governance.

I was born into that empire in a British colony and was brought up in its traditions and with the expectation that it would last forever. When the queen ascended to the throne in 1952, it was seen in the colonies as a new beginning; that somehow Britain would rise again; that there would be another grand Elizabethan period like the one that began in 1533.

When the queen was crowned, India had already gained independence in 1947. But we still clung to what Winston Churchill said in 1942, “I have not become the king’s first minister in order to preside over the liquidation of the British Empire.”

But that was coming. The forces of democracy and, more so, the forces of self-determination were at work in what Prime Minister Harold Macmillan was to describe, in his epic 1960 speech to the South African Parliament, as a “wind of change.”

That wind blew steadily until the British Empire was indeed liquidated and had been replaced by the loose, fraternal Commonwealth. The empire had dribbled away. The Union flag came down, and new flags went up from Burma to Malawi.

In Britain, the shrinking of its global reach was hardly marked, as life changed and other struggles occupied the nation.

The queen’s funeral was, with its extraordinary pageantry, a reminder of the past, and a reminder that it, indeed, is past.

Most of those among the extraordinary throng that sought to enter Westminster Abbey were, at best, only subliminally aware of the farewell to much of British history.

Throughout the queen’s lying-in-state, there has been another force at work.

I believe when we have these occasions to weep, we weep for ourselves, for all of our hurts and failures, and for all the pain of the world. When FDR died, when Churchill died, when John Lennon was shot, when Diana, Princess of Wales, was killed in a car crash, and when Nelson Mandela died, the world wept then as now.

Public ritual is public healing, and the queen’s state funeral — the first one since the death of Churchill in 1965 — was a way for us to cry for the myriad hurts in our lives and across the human condition.

When you can hug a stranger and shed a tear, one is connected to all of humanity in a way that transcends class and race, religion, and wealth and poverty. Briefly, we are one, seemingly in grief for a remarkable monarch, but also in grief for ourselves.

There is an expression that one used to hear in Britain and may still do, “It does one good to have a good cry.”

The world has had a good cry, thanks to an august queen, who died at 96 after presiding over a dwindling empire and a surging affection, over a very human and often dysfunctional family, and who smiled through, carrying her nation and the world with her.

Her final act was to let the world cry for itself, as much as for her. Well played, ma’am. Now rest in peace.