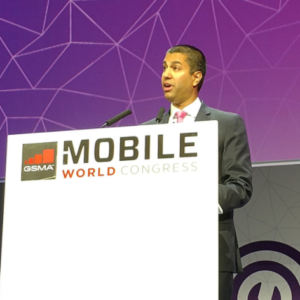 Tech Companies Huddle with Republicans and Democrats on Net Neutrality

Representatives from tech companies met with Republicans and Democrats in Congress and the FCC this week to discuss the uncertain future of the agency’s net neutrality rules.

“Overturning net neutrality rules would mean Massachusetts’s entrepreneurs, innovators, and content providers would be relegated to internet slow lanes, with fewer customers, and with a bleak future,” Markey, who sits on the committee charged with overseeing the FCC, said Friday. “The movement to defend net neutrality has started in Massachusetts, and it will be an historic fight. I’m proud to stand shoulder-to-shoulder with our digital economy leaders in defending the world’s greatest platform for commerce and communications.”

The Massachusetts Democrat introduced the first net neutrality legislation in the U.S. House of Representatives in 2006, and plans to introduce “legislation to put the FCC’s strong broadband privacy rules back on the books.”

FCC Chairman Ajit Pai stayed the broadband privacy rules that would have required internet providers to get permission from subscribers before collecting their browsing history, app use and other data. In March, congressional Republicans repealed those rules, which were an outgrowth of the net neutrality rules against web traffic throttling, blocking, and prioritizing that Pai voted against as a commissioner, and is now seeking to undo as chairman.

“I urge FCC Chairman Ajit Pai to halt the steps he is taking to eliminate net neutrality,” Carbonite CEO Mohamad Ali said Friday. “Pai’s proposed ‘deregulation’ simply means allowing the large internet carriers to boost their profits at the expense of innovation of thousands of other companies and the reduction of jobs across America. Let’s embrace the power of a fair and level playing field that has served previous generations of Americans so well.”

In February, shortly after taking over the agency, Pai said of net neutrality his “end goal is to preserve the free and open internet that we had for two decades starting in the Clinton administration.”

Pai met with the internet service providers subject to the rules earlier this month, reportedly pitching the idea of repealing the rules in exchange for providers committing to uphold net neutrality protections in their service agreements with customers, which would subject ISPs to legal action if they did otherwise.

After the FCC’s monthly open meeting Thursday, Pai revealed he met with the other half of the internet ecosystem — edge providers, along with software and hardware, makers including Facebook, Cisco, Oracle and Intel — to get their feedback on how to “secure online consumer protections.”

While there was no discussion of any official agency proceeding, the chairman said there was “a lot of common ground…with respect to the need for a free and open internet.”

“I think they were appreciative,” Pai said, adding he’s been “trying to solicit a diversity of views among a diversity of stakeholders” on how to secure “principles of a free and open internet that I think most people agree on.”