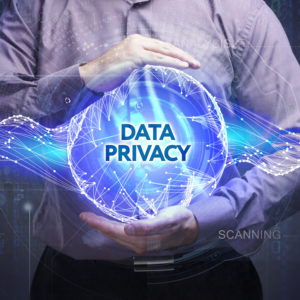 “President Trump and Congress have appropriately invalidated one part of the Obama-era plan for regulating the internet,” FCC Chairman Ajit Pai said Monday night. “Those flawed privacy rules, which never went into effect, were designed to benefit one group of favored companies, not online consumers.”

The repealed rules would have required internet providers like AT&T and Comcast to get permission from subscribers before collecting and monetizing personal data including browser history and app use for targeted advertising. Republicans including Pai said they unfairly benefitted the other half of the internet ecosystem — websites like Facebook and Google, which already dominate the online advertising market (and as opponents frequently pointed out, curried favor with the Obama White House).

“American consumers’ privacy deserves to be protected regardless of who handles their personal information,” Pai said. “In order to deliver that consistent and comprehensive protection, the Federal Communications Commission will be working with the Federal Trade Commission to restore the FTC’s authority to police Internet service providers’ privacy practices.”

Edge providers like Google are subject to the FTC’s privacy rules, which only require user permission when collecting sensitive data like health and financial information, and information related to children. Internet service providers (ISPs) were subject to the same rules until 2015, when the FCC passed net neutrality rules that brought ISPs under FCC jurisdiction.

Now that Republicans are in control of Congress and the White House, those in the ISP industry, lawmakers, and regulators on the right want to go beyond the internet privacy repeal all the way to putting lines back where they were.

“We need to put America’s most experienced and expert privacy cop back on the beat,” the chairman continued. “And we need to end the uncertainty and confusion that was created in 2015 when the FCC intruded in this space.”

Pai shares that sentiment with the new acting Republican chairwoman of the FTC, Maureen Ohlhausen.

“The FTC has a long track record of protecting consumers’ privacy and security throughout the Internet ecosystem. It did not serve consumers’ interests to abandon this longstanding, bipartisan, successful approach,” the two said in a joint statement in March. “We still believe that jurisdiction over broadband providers’ privacy and data security practices should be returned to the FTC, the nation’s expert agency with respect to these important subjects. All actors in the online space should be subject to the same rules, enforced by the same agency.”

But the internet privacy repeal was the easy part. The FTC is barred under law from regulating common carriers — a public utility classification used to break up telephone monopolies. The FCC reclassified broadband providers as common carriers in the 2015 net neutrality rules.

Last August the FTC lost a legal battle against AT&T over deceptive practices related to the carrier’s unlimited data plans. AT&T argued the FTC couldn’t take action against it because of its common carrier status, and the court agreed.

According to Ohlhausen that’s “a problem for the FTC and for consumers.”

It also means the web giants like Google with a side business as a broadband provider (Google Fiber) could fall within an enforcement gap between both agencies. It’s not hard to imagine the implications on web privacy if more telecommunications providers like Verizon buy more popular edge providers (and targeted ad giants) like AOL and Yahoo.

There are solutions to fix the gap. The FTC has appealed its loss to AT&T, and Ohlhausen, like many of her predecessors, has suggested Congress change the law that bars the FTC from regulation common carriers (though decades of similar requests have proved fruitless). In the meantime, Pai and Ohlhausen say they’ll work together to enforce privacy based on the FTC standard, though Ohlhausen implied in January the FTC under her leadership would be less inclined the take enforcement action against companies for using data in innovative ways unless they demonstrated “substantial harm.”

Democrats meanwhile say the issue could have been avoided had Congress not gone through with the internet privacy repeal.

“This legislation will frustrate the FCC’s future efforts to protect the privacy of voice and broadband customers,” Commissioners Mignon Clyburn and Terrell McSweeny, the only Democrats left at the FCC and FTC respectively, said in March. “It also creates a massive gap in consumer protection law as broadband and cable companies now have no discernible privacy requirements. This is the antithesis of putting #ConsumersFirst.”