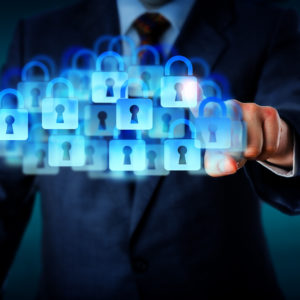 In the perpetual struggle over privacy and security, the pendulum is swinging mightily toward privacy. Several major technology companies — Apple, Microsoft, WhatsApp, Google and Facebook, among others — are taking aggressive stances against the U.S. government’s surveillance of individuals’ digital information.

The tech-giants’ actions are likely only the beginning of a heated debate that is one of the defining contemporary issues. In a global society inundated with technology, the outcomes of the privacy vs. security battles will shape the relationship that societies have with both governments and major data-collecting corporations for years to come.

The feud over individuals’ rights to privacy and governments’ quest to maintain security is an old duel, but one that is more relevant now than ever. Through the use of communication technologies — text messaging, internet searches, social media, etc. — people are producing data at a higher rate than ever before.

Companies use these data to build profiles on consumers and sell the information to other companies. Governments view the trove of data as a treasure of information that could provide valuable leads to stopping security threats. Today, the main threat is terrorism.

Until now, corporations have been working with the government to allow access to users’ information, but that is changing. In the most visible recent case, Apple stood firm in a highly publicized bout with the FBI over refusing to unlock the iPhone of one of the San Bernardino shooters. The tussle came to an end after the FBI hacked its way around needing permission. In show of solidarity, Google, Facebook, Snapchat, Twitter and WhatsApp announced intentions to stand on the shoulders of Apple, as they will increase encryption of user data.

A lot of the credit is going to Apple’s public stance against the FBI; however, all of these companies are standing on the shoulders of Edward Snowden. Indeed, it is tough to ignore the notion that this issue would not have so much momentum if Snowden had not shone a bright light on the uses and abuses of user data by the United States and other governments.

Up until 2013, the U.S. government was operating a colossal covert, and largely illegal, data collection and surveillance program with the cooperation of the technology companies. The scope of the data collection practice was largely unknown, or at least widely undiscussed, until Snowden released massive amounts of evidence that pulled off the veil of secrecy that protected the program.

These revelations thrust the issue to the top of the media agenda, raised public awareness and showed the extent of a massive surveillance system operating in the United States as a public-private partnership.

Meanwhile, President Obama is on the offensive by making a point of this issue in his recent trip to Germany. “I want to say this to young people who value their privacy and spend a lot of time on their phones: The threat of terrorism is real,” Obama said.

Perhaps the tech-giants do care about championing our constitutional rights. It is also possible, however, that this is a publicity stunt seen as an opportunity to gain public favor and cultivate customer loyalty.

To be sure, the global discussion about mass surveillance that Snowden ignited is ablaze. The big and important technology companies are responding with aggressive privacy policies. While this is an important step by the tech companies, the public should remain cautious about throwing unquestioned support behind the supposed benevolent motives of the corporations.

Corporations are likely to prioritize profits above consumer protection. At least some of the reasons for the tech-companies’ actions are probably a response to perceived increase in popularity of privacy issues.

At the same time, it is paramount that the government engages in this conversation in an open way that reflects the reality of the threats, while maintaining the integrity of the public’s right to privacy. We have reached a point where citizens are dependent on corporations for protection against the government, instead of looking to the government for protection. And that is not necessarily a positive development.