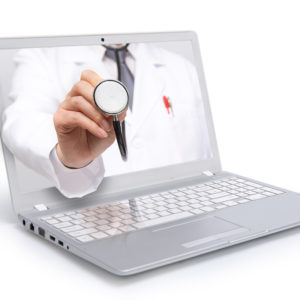 For those interested in telehealth, it’s worth turning your gaze toward Arizona, where pending legislation (HB 2454) would solidify some of the advances in virtual care that have occurred during the COVID-19 pandemic.

In recent years, Arizona has become a hot center of state regulatory openness and innovation in health care. The state pioneered “right to try” legislation—the notion that grievously ill individuals ought to have access to drugs that have not wound the entire way through the Food and Drug Administration’s approval process. Arizona allows nurse practitioners and others to practice independently—without supervision by physicians. In 2019, Arizona allowed health care professionals licensed in other states to begin practicing in Arizona as soon as they move to the state—no lengthy re-licensing procedures before beginning work.

Every cloud has its silver lining, they say, and the scourge of COVID-19 is no exception. In many ways, the pandemic has changed the ways that health care providers interact with their patients. Among the most significant changes is how telehealth went from niche to mainstream in just a few weeks. Suddenly, a visit to the doctor’s office could be lethal to both patient and doctor. So virtual visits became the way to go.

The explosive growth of telehealth was facilitated by temporary emergency orders from the White House, the U.S. Department of Health and Human Services, and the state capitals. Doctors licensed in one state were allowed to serve patients in other states. Doctors would be reimbursed for those virtual visits. Some red tape associated with telehealth was relaxed.

We may not be entirely free of the pandemic anytime soon, but widespread vaccination at least offers that tantalizing possibility to Americans. And with that possibility could come a temptation among lawmakers and regulators to roll back the positive developments that sprang from the emergency, yet Arizona is looking to make 2020’s temporary expansion of telehealth permanent.

In January, I submitted written testimony to the legislature on HB 2454. A number of provisions in the bill are worthy of consideration, including: (1) It effectively treats in-person and remote care as equally respectable modes of delivery—telehealth is not treated as an inferior substitute. (2) It recognizes that remote care is different from in-person care, and the bill establishes a process for setting separate standards of care for remote providers. (3) It includes audio-only (i.e., telephone) encounters as legitimate. (4) It includes asynchronous (store-and-forward) technologies in the definition of telehealth. (5) It establishes rules for reimbursing providers for telehealth encounters. The state is also exploring how out-of-state providers might serve Arizona patients.

In the long run, the toughest part to get “right” may be reimbursement. The Arizona bill would establish “parity”—paying remote physicians the same as in-person physicians. (Medicare established a similar rule in August 2020.) That may be a useful first step, but Arizona and other states might do well to consider more flexible payment arrangements.

As Jared Rhoads, Darcy Bryan, and I have written, “We take it as beneficial that in some states Medicaid will pay for telemedicine. But [payment] parity itself is problematic. One argument for telemedicine is that it is less costly than traditional office visits. Therefore, if Medicaid pays the same amount for both, it may be depriving telemedicine practices of the ability to compete on the price dimension to push costs downward.” We have suggested that, for example, it might be better to allow public and private insurers to pay telehealth providers up to the level of parity—or less.

Aside from those simply trying to avoid the COVID risk inherent in visiting a doctor’s office, obvious beneficiaries of telehealth include rural communities and inner cities; foreign-language speakers; people with limited mobility, busy schedules, or small children; and anyone with illness after office hours. In certain circumstances—telepsychiatry and drug rehabilitation, for example—telehealth may be superior to in-person encounters, thanks to reduced no-shows, greater compliance, and instant access in time of crisis. For any patient, telehealth takes less time and dispenses with the stress of transit.

With its vast area, remote communities, and many foreign-language speakers, Arizona is a natural for telehealth. But the ideas behind HB 2454 are potentially applicable anywhere.