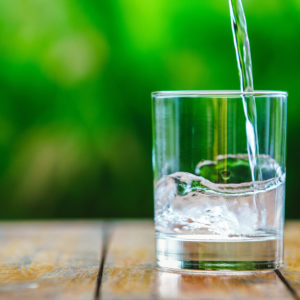 Cape Town, South Africa, one of the most beautiful and green cities in the world, will run out of water in April. On “Day Zero” (April 16 by the latest calculation), municipal water supplies from the six dams that feed the city will be exhausted and only hospitals and other vital institutions will have piped water. Everyone else will be scrounging.

Already, there have been long lines and fights at the city’s two natural springs. Bottled water is being hoarded. The prognosis is grim — and very dry. The first hope for rain is June, a traditionally wet month. But the weather has been so aberrant that nobody knows when it will rain and how much will fall.

Cape Town is not alone but it is one of the most dramatic of the water crises, occasioned by climate change. That change has been most brutal in Africa. Droughts have millions starving and drinking putrid water. The same story in the Caribbean, after the double whammy of two hurricanes.

Much of Africa is in pitiable condition from drought and potable water is just not there for many. Two lasting memories of Africa for me are women walking great distances with water containers on their heads and men with bundles of sticks for cooking fires on theirs. Marry the water with the firewood and a warm meal may be possible.

The Western approach to these problems, since the colonial era, has been big infrastructure: central power stations, dams and water pumped great distances from one of Africa’s big rivers. (It should be noted that Africa has few of these.) Sadly, that solution favors mega-cities over towns, towns over villages and villages over farms.

That is why I was gripped with excitement hearing about a new product that, if deployed widely over the next half century, could help Africa immensely, but in short order can help the stricken Caribbean.

It is a Swiss Army knife of a power unit, made with off-the-shelf components, that harnesses solar energy to wring water out of the air and make electricity. Anyone who has had to empty a dehumidifier daily knows how much water there is in the air; the more humidity, the greater the water resource.

Aldelano Corporation, an imaginative, minority-owned company with manufacturing in Jackson, Tenn., is making the units. Although there are other air-to-water systems using solar, generally these are small and aimed at single family use. Aldelano is integrating water, power and even ice production in a Solar WaterMaker — a 40-foot-long box with an industrial design life of 20 years.

Al Hollingsworth, CEO of Aldelano, has been providing solar-powered cold rooms for food processors as part of the company’s business in packaging for decades. Hollingsworth founded the company in 1967 and its clients are biggies like Kellogg’s and Procter & Gamble.

Now he is in the midst of shipping the first 100 water-makers to buyers in the hurricane-ravaged islands of the Caribbean: Antigua and Barbuda, and the British Virgin Islands. Puerto Rico, where 30 percent of the inhabitants, mostly rural, are without power and clean water is a candidate but has not yet ordered any units.

Hollingsworth told me that each unit produces up to 1,000 gallons a day and can produce electricity to light seven homes. This gives “off- the-grid” a new dimension.

I have been writing about energy for decades, and longer than that about Africa, and here is a melding of old products into a new one, which is something that can make a difference there. The technology of the window air conditioner meets the technology of solar arrays, batteries and the latest compressors.

Much of the world has looked to ease its potable water shortage with seawater desalination. There are two big problems, though: It takes a lot of power to do it — whether with reverse osmosis or flash boiling — and, the biggest problem, its by-product is salt. Millions of tons of the stuff presents a potential environmental catastrophe.

Where there is sun and humidity, there can be safe drinking water. Few things are more needed and the World Health Organization says 2 billion people are without it.

The people without clean drinking water are the same ones without electricity. Water from air and electricity from solar will not solve the problem but can help, one light bulb and one glass of water at a time.