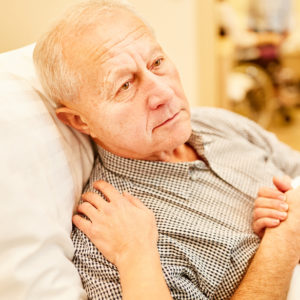 Every year, hospices offer millions of sick and vulnerable Americans a refuge from medical tests and endless injections in their final days. In 1982, lawmakers realized that a growing network of hospices offered similarly effective but more pleasant care than hospitals for terminally ill patients, at a fraction of the cost. Grateful families and reasonable prices have led to a successful hospice system across the United States.

But hospices reasonably worry about regulatory uncertainty and labyrinth Medicare payment policies that have placed significant limits on growth and investments. By increasing transparency and streamlining rules, policymakers can make sure that end-of-life patients continue to get the care they deserve and save taxpayers money.

Before the 1980s, hospices relied almost exclusively on volunteers and donations and the system was unlikely to scale nationwide. The Medicare benefit (enacted in 1983) relieved those fears, and saved taxpayers billions of dollars by shifting resources to institutions that charged a fraction of what intensive-care units charge the government.

But as soon as federal agencies got involved in hospice care, providers were forced to answer to the government rather than their patients. In order to be eligible for the Medicare benefit, patients entering hospice must completely give up any benefits related to treatment of their illness, even if the “sweet spot” of receiving the comfort of hospice care and continuing some form of treatment result in the best outcomes for patients and taxpayers.

According to one hospice provider interviewed by a team of Veterans Affairs researchers, “When you’re able to say you’re still able to do palliative treatments, you know, we’re not going to cure but we’re going to help … it’s like you’re not … not just slamming the door and saying, ‘We’re giving up on you.’ It’s saying, as far as aggressive treatment, there’s nothing else we can do but we do realize the pain level, (and) we’re going to shrink this tumor. … And as long as the quality of life is there I think that it (concurrent care) should be done.”

This arrangement is not only comforting to patients, but beneficial to taxpayers footing the bill for more than $500 billion per year in Medicare reimbursements.

Medicare patients may prefer less-costly ways to approach the end of their lives, but many are reluctant to enter hospice care because of the perceived “slamming the door” to any and all treatment. MedPAC notes that, as a result, less than half of eligible Medicare beneficiaries make the decision to cut off treatment and embrace hospice care.

This terrible choice is a costly one, leading to a worse quality of life for terminally ill patients and around $9,000 in additional costs on taxpayers during the last year of life. A 2019 study by the National Hospice and Palliative Care Organization found that, in the last two weeks of life alone, traditional care costs over $7,000 more than hospice care.

For example, regulatory inspection results in nursing homes don’t correlate to other measures of quality and likely mislead bureaucrats as to which institutions are “good” ones. Meanwhile, quality assurance survey response rates are notoriously low and grieving family members are hardly the most eager respondents.

Without payment reform and regulatory streamlining, hospice care will prove far more expensive and fragmented than it needs to be. Fortunately, Medicare is piloting a program that would allow recipients to enter hospice care while still receiving treatment for their illnesses. This is a step in the right direction and should be accompanied by additional cost-cutting reforms. The millions of Americans entering the sunset of their lives deserve sensible policies that make hospice care as accessible as possible.