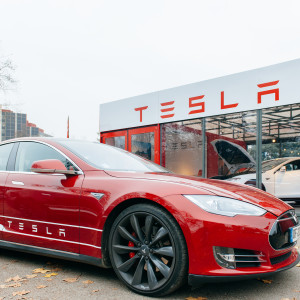 Tesla Is a Leader With American Innovation

In a world where the United States has abdicated its global trade leadership to China, one company points a new path forward. Tesla has become the global leader in electric vehicle production by relying on American innovation and leadership. As the United States attempts to reassert itself as the global leader and break its dependency on China, American companies should look to Tesla as an example.

It was a gamble when Elon Musk invested $6.5 million into founding Tesla Motors in 2003. At the time, electric vehicles were in their infancy, with investors and governments finding it risky to back such an untested industry. Nevertheless, Musk bet on Tesla, and in 2022 the company is now the leader in EV production with a market capitalization of more than $600 billion and the most worldwide sales of battery and plug-in electric vehicles.

But Musk’s and Tesla’s journey is not only a victory for the environment and technology but it is a quintessential American success story. After more than a decade of development, Tesla’s Model 3 and Model Y vehicles were named the most American-made cars of the year by Cars.com. The Model S and X made it into the top six, making Tesla the top made-in-America car company overall in 2022.

The importance of Tesla’s and Musk’s accomplishments cannot be overstated. In an interview with the New York Times, venture capitalist and tech investor John Doerr estimated that Musk alone has “accelerated the electrification of transportation on the planet by at least five years.” And he has done so through the power of American innovation.

According to the Cars.com rankings, Tesla Models 3 and Y are the vehicles that have created the most American jobs in their production, are manufactured with the highest percentage of American-made parts, and have the most manufacturing facilities involved in their production located in the United States.

As an industry pioneer, Tesla is the leader in EV innovation, providing proof of concept for the EV market and setting the standard for other major companies that have followed suit. The United States, once ranked third in the production of EV battery cells, jumped past Japan and South Korea due to the 2,170 cells created in Tesla’s Nevada Gigafactory for its Model 3. By 2018, Tesla had changed the game. Since then, other American companies have followed Tesla’s lead, and now the United States produces more than double the amount of batteries made in Japan.

Tesla has also revolutionized the production of electric batteries not only by increasing the capacity of U.S. facilities but by sourcing the high-grade nickel needed for the batteries from domestic mining companies. According to a White House fact sheet, Tesla intends to partner with Minnesota-based Talon Metals and the United Steelworkers in improving mining technologies for these battery materials in regions “facing declining demand.”

This focus on made-in-America batteries is not only critical to the development of clean tech but it also defends human rights internationally. China currently holds a monopoly on rare earth element extraction, with an 85 percent grip on the market. Their mining of these materials often exploits forced labor and lacks the technology and safeguards present in the United States to avoid significant environmental damage. According to a report from the Los Angeles Times, “in the southern province of Guangxi … a state-owned enterprise was about to pour acids into large pits in the soil” to extract rare earth metals.

Tesla’s model for manufacturing, EV production and rare earth mining brings the supply chain under American control and does a far better job of conforming to environmental standards of production. In a show of bipartisanship, the Biden administration uses the standards of former President Donald Trump’s Energy Act of 2020 to ensure Tesla’s rare earth materials for batteries are mined with environmental externalities in mind. The administration has said it will “prioritize the production and processing of minerals necessary to produce key products like batteries, semiconductors and permanent magnets, consistent with our strong environmental, social and labor principles.”

The lesson here is simple. As Tesla has shown, when the United States leads on manufacturing and innovation, not only does our economy benefit but the environment benefits as well. That is what it truly means to be made in America.

Stephen Perkins is a vice president at the American Conservation Coalition, a conservative environmental organization. He wrote this for InsideSources.com.