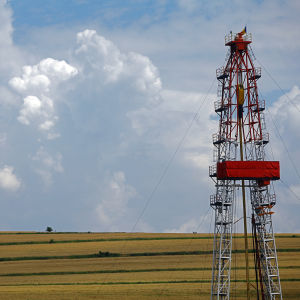 Quietly but unquestionably, the shale revolution has jumpstarted a U.S. manufacturing sector long thought in terminal decline. Surging domestic oil and natural gas production has strengthened America’s energy security, pushed down global oil and gas prices, and saved many consumers thousands of dollars at the pump and on their heating and cooling bills.

But less obvious has been the resurgence of U.S. manufacturing — particularly of the most energy-intensive products, such as chemicals, plastics, steel and aluminum.

While energy and labor costs have risen for many of our international manufacturing competitors — China certainly comes to mind — U.S. competitiveness has surged thanks largely to some of the lowest natural gas and electricity prices on the planet. Domestic natural gas now costs just one-third of what others are paying in Europe and Asia. (That differential was even more eye-popping until oil and liquefied natural gas prices began their global price nosedive last year. But even if they continue to fall, America is in the driver’s seat for cheap and abundant energy, and the world’s leading manufacturers have taken notice.)

The shale revolution likely has reset the U.S. natural gas market for decades to come. Even as the number of natural gas rigs fell to just one-fourth of its 2008 peak, natural gas production has grown. Confidence in U.S. energy production and supply has encouraged massive investment in new manufacturing capacity. Last year, one leading consulting firm reported that $100 billion worth of new petrochemical manufacturing capacity was under construction, most of it in Louisiana and Texas.

Since 2010, U.S. manufacturers have added 1 million jobs. While those additions are still only a fraction of the manufacturing jobs lost during decades of offshoring, the turnaround is striking.

In our tech-driven world, one might guess that the resurgence in U.S. manufacturing is caused by innovation in software or automation. But technology can’t be the major cause of the surge, because other countries have adopted new technologies yet not seen significant growth in manufacturing. Think, for example, of the hi-tech manufacturing facilities in Germany or Japan, which are at least as sophisticated as U.S operations.

The latest data from BCG have revealed that China’s manufacturing cost advantage over the United States — the source of so much hand-wringing over the years — has fallen from 14 percent in 2004 to just 4 percent today. As Chinese wages continue to rise, and Chinese energy prices probably as well, don’t be shocked to see U.S. manufacturers close the remaining gap quickly.

But we must not take for granted the shale revolution and its benefits — be they enhanced energy security, lower consumer energy prices, or as the catalyst of a manufacturing renaissance. The Obama administration has become so narrowly focused on addressing so-called climate change that our energy and regulatory policies are becoming dangerously biased toward reducing carbon emissions while ignoring all other concerns, including economic growth.

It’s a mistake we can’t afford to make. We are seeing the fruits of the shale revolution, but to capitalize on this trend we must adopt energy policies that put expanded domestic production and affordable energy first.

“Made in America” — if one supports that label — depends on cheap energy and public policies unhindered by special interest groups, no matter how “green” they may be. Every existing “renewable” power source needs a fossil-fuel backup nowadays; no one who supports environmentally friendly energy sources bothers to reveal the carbon footprints of solar panels and windmills, which include killing 1 million bats every year, or the costs of disposing them at the ends of their useful lives.

Like it or not, coal, crude oil and natural gas, not to mention environmentally “clean” nuclear power, remain the cheapest sources of power for keeping the lights on and heating or cooling our homes and offices. I would accept the replacement of fossil fuels by renewables if that substitution were driven by market forces rather than by regulations and subsidies. But I cannot agree to a shift toward “green” energy if politicians and pressure groups in Washington or state capitols put their collective thumb on the scale.