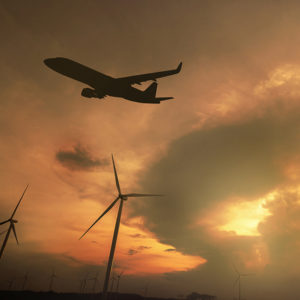 The case for electric airplanes is overwhelming.

The problems of today’s aircraft are well-known: noise and pollution. Homeowners may hate the noise, but pollution is the bigger issue.

While jet aircraft account only for a small part of the greenhouse gas releases worldwide, it is where they release them that makes them especially damaging. Nasty at sea level; at 30,000 feet and above, they are potent contributors to the greenhouse problem.

The answer is to begin to electrify aviation.

The need has not escaped the big air frame makers. Boeing in the United States and Airbus in Europe both have electric airplane programs. Tech giants Uber, Google and Amazon all want to develop electric vehicles to use as ride-sharing cars, pilotless air taxis and delivery drones.

A raft of small companies worldwide is working on new electric airplanes, usually just two-seaters. Some are flying, but batteries limit their airborne endurance to one to two hours.

Already, there is an experimental, pilotless air taxi system in Abu Dhabi. Frankfurt airport is about to announce a system as is Singapore.

Enter Andre Borschberg: a Swiss innovator, pilot, entrepreneur and passionate environmentalist. He may know more about electric propulsion than anyone else and is a great believer in the electric future of flying.

Borschberg, along with Swiss balloonist Bertrand Piccard, built and flew the solar-powered electric airplane, Solar Impulse 2, around the world, landing triumphantly in Abu Dhabi on July 26, 2016.

Borschberg and Piccard created the Solar Impulse Foundation that is seeking to identify and assist 1,000 technologies that help the environment. Those listed so far range from a plastic recycling system to self-contained toilets to village-scale desalination plants.

“They have to be able to make a profit,” Borschberg told me in a telephone interview. He believes the dynamics of the free market must be put in play to solve the growing global environmental crisis.

In his latest undertaking, Borschberg has spun off a company, H55, to develop systems for electric aircraft and to help electric aircraft manufacturers with H55 know-how. The company has developed a single-seat, acrobatic aircraft with an hour’s endurance. They hope to make a two-seater that can stay aloft longer.

In February, Silicon Valley venture-capital firm Nanodimension signed on for a first round of financing. H55 has turned onto the runway and is beginning to accelerate.

Borschberg is a pilot for all seasons. He learned to fly in the Swiss Air Force and is rated in fighter jets and helicopters. For fun he does aerobatics, as does Piccard.

Borschberg graduated with a degree in engineering and aerodynamics from the Federal University of Technology in Lausanne, Switzerland, and with a management degree from the MIT Sloan School of Management.

It is not only the environmental aspects of electric flight that charm Borschberg, but also the incredible efficiency. He says electric-powered airplanes are 60 percent more efficient than those with fossil-fueled engines and can be very precisely tuned because of the immediate availability of torque when the current is flowing.

That same efficiency with appropriate software, extends to the control of the aircraft. “A simple electric drone, which you can buy in any store, is more stable in wind turbulence than a helicopter,” Borschberg says. These properties will make vertical takeoffs and landings a reality for many new aircraft, he says.

The airplane of the future will be at an airport near you soon — and it may not need to use the runway.

A new generation of engineers from Boeing to Borschberg to backyard tinkerers wants to slip the surly bonds of petroleum.