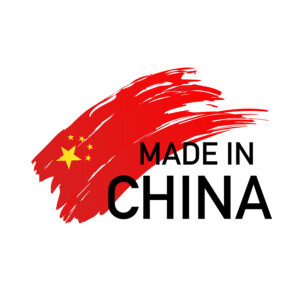 The America COMPETES Act Seeks to Counter China by Imitating It

Public approval of Congress stands at 18 percent. If you wonder why, just look at the America COMPETES Act, which passed the House of Representatives on Friday. The bill’s premise is flawed, its provisions are contradictory, its scope is immense, it is bloated with a wish list of progressive demands, and it is being rushed through without due scrutiny in order to give the president something to boast about in his State of the Union address on March 1. Everything about it screams dysfunction.

The bill is supposedly necessary to help American industry compete with China—by mimicking some of China’s worst economic policies. It would offer subsidies to favored industries while imposing capital outflow controls unprecedented outside of official sanctions. It would also hobble innovation through some good old-fashioned central planning. Yet, as mom would tell us, just because China’s jumping off a bridge, it doesn’t mean we have to too.

China is now marching headlong into full-blown Maoism, with all the subsidies, control, and central planning that entails. This will certainly wreck China’s economy. To compete, all the U.S. has to do is allow its economy to reopen as the pandemic wanes. Abandoning America’s tradition of open and competitive markets is the last thing we need.

Worse, many of the bill’s provisions would make America less competitive. For instance, one provision, leaning heavily into climate alarmism, seeks to implement the Paris climate treaty, which would cause energy prices to skyrocket and shut down whole sectors of American industry. Meanwhile, China’s idea of “implementing” the same treaty is to open more coal plants, to the point where it now accounts for over half of global coal consumption.

It would also give labor unions expanded use of a process known as “card check” to circumvent secret ballot requirements in union elections and forbid some employers from making their case to employees in said elections, compelling them to remain “neutral” instead. That would be great for union bosses, but bad news for average workers, who would find their opportunities limited by union collective bargaining agreements. The cost of goods produced under those arrangements would also rise, making America less competitive.

Progressive wish list items like the climate and labor provisions have swelled the bill to about 3,000 pages. A bill aimed at competitiveness doesn’t need extensive sections on, say, coral reefs, but, unfortunately, this has become the norm. An already long bill will invariably be described as a “must-pass,” and then hundreds of new sections will be added to it in the hope of getting them through the process and become law almost by accident.

That is compounded by the rush to pass the bill quickly. Legislation requires proper scrutiny by our elected representatives. When haste is added to the process, it often leads to back door dealings, concessions to bring some members on board (hence the wish list items), quick committee votes along party lines, some semblance of discussion, and a conference with members of the other chamber, where the process repeats. No wonder Americans are so dissatisfied with Congress.

If Congress is to regain its standing in the eyes of the American people, it needs to stop making laws like the America COMPETES Act. Bills should be focused, subject to full hearings, discussed publicly with minority party participation, and voted on after due consideration and debate. Anything less is failing our democracy.

As for the question of what to do about China, there are probably measures in the bill that do require Congressional debate, such as engaging allies on what to do about Tibet and the Uyghurs. But when it comes to competition, the best policy is to leave American industry free to flourish. Free enterprise is how America competes.