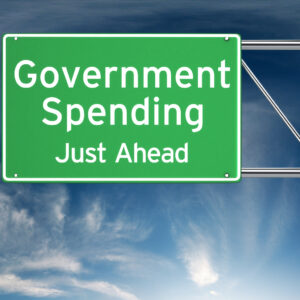 As our nation emerges into a fragile post-pandemic world, we must recognize our economy has been in peril longer than most would care to admit.

Some will blame the housing bubble’s collapse in 2007. Some will blame the tax and spend Clinton era. Others will cite the defense buildup of the Reagan years. To some degree, all would be correct. But it would be partisan balderdash to lay our current dire straits at the feet of one person or party. And we need to realize we are still making similar mistakes and risk a latter-day crisis.

Our history of reckless spending is steeped in “pork” projects emanating from both sides of the aisle known as earmarks.

Over the past four years, we have seen congressional earmarks increase. According to the non-partisan Citizens Against Government Waste, 285 earmarks were found in fiscal year 2021 that total nearly $17 billion – a four percent increase from the previous year. The problem is compounded with a report from the Congressional Budget Office that our national debt will increase to over $35 trillion within the next decade. In simple terms, such debt would equate to 107 percent of our national gross domestic product.

The scariest part of those numbers is that the Biden administration proposes over $8 trillion in additional spending among the so-called “Rescue Plan” and infrastructure proposals.

Throughout history, no society has ever taxed or subsidized itself into prosperity. Continuing a path of taxing and spending at record levels will only lead our nation further down a path that no one presidency or Congress could ever fix.

So our only real option is capping spending and finding more cost-effective, responsible governance. One requirement is for a president to submit a balanced budget to Congress. Other ideas include:

Academician Alexander Fraser Tytler once said: “A democracy cannot exist as a permanent form of government. It can only exist until the voters discover that they can vote themselves largesse from the public treasury.” In our defense, we are fortunately a republic. So part of that statement has been disproven by the longevity of this great nation. But the other part has been proven time and again.

We start with a progressive income tax – which never should have become a permanent part of our Constitution. It continues with states and the federal government interjecting themselves into facets that exceed their purview and further strain coffers. Lawmakers apparently forget this belongs to the taxpayers who supply the funds and not the government.

At some point, we will come to a crossroads. Do we follow the failed European model where carrying debt is a good thing – until it is not? Do we find a bipartisan path to fiscal responsibility? Do we learn how countries such as Greece, Venezuela, and Cuba, which thought that massive spending would guide the way to prosperity, saw their economies suffer? When is the debt high enough to do something about it?

Answers will not come from either political party. Both are culprits in this reckless spending spree. Both must accept accountability.

The only solutions will be bipartisan ones that bind the government into living within its means – making it more financially accountable for its spending –vand making those decisions permanent.

Martin Baker is a member of the Project 21 Black Leadership Network. He wrote this for InsideSources.com.