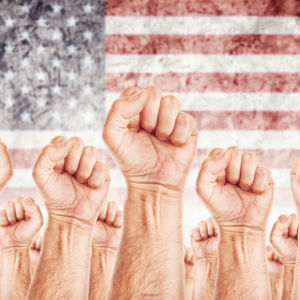 The United States is at a critical juncture. This summer, Congress has a narrow window of opportunity to enact major investments in clean energy and transportation infrastructure to meet the bold vision called for in President Joe Biden’s American Jobs Plan (AJP). It would reinvigorate domestic manufacturing, create and sustain millions of good jobs with strong labor standards, combat persistent racial injustice, and mobilize our country to confront the most pressing issue of our time: climate change.

The renewable energy, energy efficiency, and clean vehicles sectors currently employ roughly 3 million Americans, many of them in rural areas. However, pay and benefits are not currently where they should be. In addition, most utility-scale wind and solar projects currently under construction in the U.S. are non-union – and some of the most recognizable employers in the clean energy sector have publicly opposed employee efforts to unionize. Unions are important because they help workers make a middle-class living – research shows that unionized workers earn significantly higher wages and are more likely than their nonunionized counterparts to receive employer-provided health insurance, have paid leave, and participate in a retirement plan. Unions also help raise pay for women and reduce racial pay and wealth gaps.

High-road job standards can deliver good jobs while also keeping costs in line and growth on track. Research shows that prevailing wages do not increase construction costs; high road labor standards have a minimal impact on the pace and scale of renewable energy deployment; increased domestic content only has a modest impact on the overall costs of the project.

Recently, the Center for American Progress and other organizations outlined a list of domestic manufacturing incentive programs with labor standards that are critical to achieving, “a globally competitive domestic automotive industry and supply chain.” Federal investment offers a tool to raise worker wages and improve workplace conditions. For example, Sen. Ron Wyden’s Clean Energy for America Act would require clean energy projects receiving production and investment tax credits to pay prevailing wages and utilize qualified apprentices and would incentivize domestic manufacturing by offering an increased production tax credit for facilities that use products–such as steel and iron– made in America. Additionally, Sen. Debbie Stabenow’s Made in American provision provides a $7,500 base credit for electric vehicles with an additional $5,000 for electric vehicles made in America with union labor.

Whether a company is receiving grants, loans, bonds, or tax incentives – the labor standards should ultimately be the same. All companies receiving financial support from the American public should pay prevailing wages, use registered apprentices to train the next generation of skilled workers, support domestic manufacturing, promote equitable hiring, prevent discrimination, respect workers’ right to organize in a union, and comply with the law. These standards should apply to all workers. Policymakers do not need to choose between protecting the planet and treating workers fairly. They can, and must, do both.

Congress has a once-in-a-generation opportunity to both rebuild the fabric of our economy, improve job quality for American workers, and prevent the worst impacts of climate change. To fulfill the promises of President Biden’s Build Back Better plan, Congress must pass the full scope of AJP which includes a commitment to setting and enforcing labor standards that turns the calls for “good, union jobs” into the actual creation and retention of them. American workers deserve that commitment.

Mike Williams is a senior fellow at the Center for American Progress. He wrote this for InsideSources.com.

Malkie Wall is a former research associate at the Center for American Progress. She wrote this for InsideSources.com.