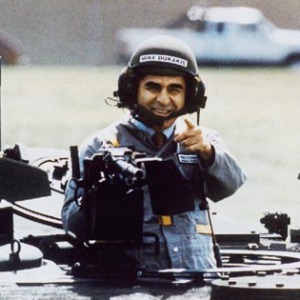 The Authenticity Chronicles: How ‘Realness’ Has Factored Into Every Presidential Election Since 1988

The term is everywhere in 2016 coverage these days. Whether political writers are contrasting Joe Biden’s emotiveness with Hillary Clinton’s scriptedness, or noting that ideological opponents Bernie Sanders and Donald Trump are both succeeding with populist rhetoric, they’re likely dropping the “A” word to describe just how “real” voters perceive each candidate to be.

Kraushaar might be right. Maybe there is something unusual about this moment. But the authenticity factor has been in play for decades, as InsideSources was reminded Monday by business consultant Jim Gilmore, co-author of the 2007 book Authenticity: What Consumers Really Want.

In an interview, Gilmore gave examples of how this variable has affected every presidential election since 1988. Building on his analysis, here’s a quick (and by no means comprehensive) chronology of how authenticity paved the way to the White House:

1988: Gilmore thinks this year saw “the defining moment” of political inauthenticity in the modern era, when Democratic presidential nominee Michael Dukakis tried to bolster his commander-in-chief credentials by riding in a M1A1 Abrams Main Battle Tank. The stunt was meant to make Dukakis — a liberal Massachusetts governor who only served in the Army during peacetime — look just as tough as Republican Vice President George H. W. Bush, a decorated dive bomber from the Navy. Of course, it backfired, and the Bush campaign savaged Dukakis with an ad featuring footage of his tank ride.

1992 and 1996: These election years saw Democrat Bill Clinton win the presidency and, subsequently, re-election with his much-touted ability to convince voters that he “felt their pain.” A 1992 general election debate produced a particularly effective moment for Clinton, in which he appeared empathetic and relatable while talking about people who had been laid off in his home state of Arkansas. Meanwhile, many voters in 1992 felt the patrician Bush couldn’t relate to their everyday economic struggles.

2000: This year found Democratic Vice President Al Gore running against Republican George W. Bush, the governor of Texas. For many voters, Gore appeared too serious and stiff. Plus, as one Los Angeles Times commentator wrote, “he seemed most of the time to be a kind of media Frankenstein, an artificial product whose every position and passion, every word and gesture, emerged from focus groups and opinion surveys.” In contrast, Bush’s Southern folksiness was clearly authentic, making him seem like “a guy you’d want to have a beer with.” Gilmore, who is himself a Republican, said Bush may be “the essence of mediocrity, but he’s true to himself.”

2004: In this year, Bush and his political allies explicitly campaigned against Democratic presidential nominee John Kerry on the issue of authenticity, painting the Massachusetts senator as a “flip-flopper” who changed his mind on a variety of important issues. This helped to create uncertainly about Kerry while the president urged voters to “stay the course” with him at a time of war. To hammer home their case, the Bush campaign even ran an ad using footage of the Democrat windsurfing with the tagline “John Kerry: Whichever way the wind blows.”

2008 and 2012: The defining factor of these years was Barack Obama, a once-in-a-generation political phenomenon whose campaign apparatus bested those of his Republican rivals. But Gilmore argued that both of Obama’s presidential campaign opponents were hurt by abandoning their authentic selves in order to win their primaries. John McCain, the Arizona senator who ran in 2008, shunned many of the moderate or “maverick” stances he had cultivated when he first ran for president in 2000. This allowed Obama to paint him as “more of the same” Republican leadership the country had grown unhappy with. Later, in 2012, Republican Mitt Romney came across as inauthentic when he campaigned as “severely conservative” despite his moderate record as governor of Massachusetts. In the Netflix documentary Mitt, Romney is seen acknowledging this problem in a private conversation, saying the perception that “you flip on everything” might make him “a flawed candidate.”

Gilmore said all of this history ought to weigh on Biden, who looks to be moving closer to a 2016 campaign with each passing day. Hillary Clinton may have her own authenticity issues, but the vice president still needs a rationale for his candidacy that seems genuine. Like many observers, Gilmore believes Biden would face an uphill battle against the woman who would be the first female president. “The only way he could pull that off in today’s Democratic Party is to be real,” he said.