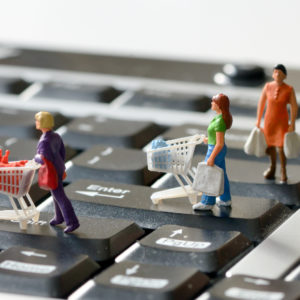 The Benefits And Concerns Of Allowing Online Food Stamp Purchases

Food Stamp experts discussed the advantages of allowing recipients to use their benefits online Wednesday but warned the idea could be prone to abuse.

U.S. Department of Agriculture is the main federal agency overseeing the food stamp program, officially known as the Supplemental Nutrition Assistance Program (SNAP). The agency has worked to expand the program since last summer to include online purchases. Experts note the idea could yield a lot of positive results but warn the agency must have ways to address fraud before they implement it.

“The benefit could be for those in the program with disabilities or those trying to balance work schedules, just like everybody else,” Foundation for Government Accountability Senior Fellow Josh Archambault told InsideSources. “Online shopping could be convenient and you might be able to hopefully find a better deal in some cases.”

The USDA works with state agencies to make sure benefits are properly distributed to qualified individuals and families struggling to feed themselves. The Center on Budget and Policy Priorities (CBPP) notes online food stamp sales could help many.

“One is individuals who are home bound for perhaps a physical aliment,” CBPP Scholar Stacy Dean told InsideSources. “And of course individuals who live in areas that aren’t well serviced by a full scale grocery store. For them it could be a real benefit to have a store bring the fresh produce and array of choices where they live.”

Nevertheless, there is still fraud and abuse in the food stamp system. The USDA Food and Nutrition Service has entire divisions dedicated to fighting these problems, but the proposed change might make the problems worse by creating new avenues for abuse.

Lawmakers over the years have often express concern over the size of the program and potential for abuse. Fraud can oftentimes be hard to detect, according to the Government Accountability Office. Additionally, the program has expanded rapidly over the years which only furthers potential problems.

“You have to use technology on the front end to prevent fraud and abuse,” Archambault also noted. “You want to make sure the truly needy are on the program if you are going to leverage technology on the back end for online purchases. So I hope they are doing both in tandem and not just one.”

The USDA has its own concerns about the potential for abuse. The agency doesn’t plan to implement the program online until it is confident the risk of abuse is minimum. The agency has also run pilot programs involving select groups of people to have a better understanding of what to lookout for.

“One of the primary measures to address fraud is, initially, to limit the number of participating online retailers so that we can ensure that transactions are being routed properly and securely,” a USDA spokesperson told InsideSources. “When we are satisfied that transaction routing is proper and secure, we will begin to expand.”

The USDA is also looking into including encrypted personal identification number for individual recipients to further enhance security. Heritage Foundation Scholar Rachel Sheffield notes one way to prevent abuse across the entire program is to increase work requirements.

“They have to be careful to make sure this doesn’t increase fraud or lead to increase rates or fraud,” Sheffield told InsideSources. “Having a work requirement within the food stamp program not only promotes a reciprocal obligation between the beneficiary and taxpayer but it also serve to protect against broader fraud.”

The USDA has required food stamp work requirements since an overhaul of the program in 1996. Able-bodied adults without children are required to work at least 20 hours a week or else lose their benefits after three months. States were allowed to waive the requirement in response to the last recession but they have been restored in most places.

The Congressional Budget Office found, since participation hit its peak in December 2012, the number of people receiving benefits has declined by more than 1.5 million. Nevertheless the USDA estimates the program has increased from 17 million participants in 2000 to nearly 47 million in 2014.