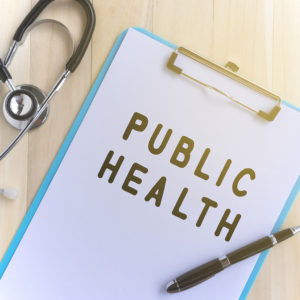 The Business Case for National Insurance

The leading Democratic candidates for president want differing degrees of major surgery done on health insurance. During Tuesday’s debate, they contrived only to cut themselves.

The smell of blood from Bernie Sanders, Elizabeth Warren and Joe Biden must have been a near-divine scent to Republican operatives who haven’t had an easy time of it lately.

Sanders and Warren have signed on to an idea favored by many on the left: Medicare-for-all. Joe Biden, seeking to carve out a position as the seasoned centrist, favors not surgery but Band-Aids all over the patient.

The problem with Medicare-for-all is money. Or, it is advertised as money?

Yet the reason for single payer — a national health insurance system — isn’t to spend more money but less. Much less.

The United States spends about double what other countries spend, but the coverage is patchy and has non-medical consequences that are severe. One of these is the effect on the mobility of labor. Workers stay in dead-end jobs because they fear the loss of their health insurance.

A bigger effect is the burden on business of saddling it with health care. The price tag to business is huge. Transferring that expense to the government would have the effect of a big tax cut. A new Social Security tax designed to compensate for the loss of business support in health care would be reasonable. Business would be ahead, and the national misery of paying in multiple ways for health care would be ended. Simple is cheaper.

One benefit would be the leveling of the playing field for business and employees. The employer-provides-system is a burden on business as well as a distorter of society.

The Milliman Medical Index calculates the cost of health insurance for a family of four, on a standard plan, at $28,386. Unsurprisingly, many employers are now seeking to share health-care costs with employees. In 2019, according to Milliman, companies are paying 82 percent of employees’ health insurance premiums.

The mistake the leading Democrats are making, especially those of the left, is just looking at health insurance from the humanitarian point of view. Sanders sounds off on the uninsured and the bankruptcies. Democrats are all heart and not enough numbers — or courage to suggest necessary tax adjustments.

What they should do is look at the business case against the sustained chaos that passes for health care. Businesses of all sizes should be enthusiastic about being relieved of the health care burden: a burden carried only by U.S. businesses.

Americans pay roughly twice as much of the Gross Domestic Product for health care — about 19 percent — as does any other advanced country. The driving issue should be to reduce that; to get the fat out, to curb profiteering, to end rent-taking by insurance companies, and to end the wasted effort in negotiations on nearly every claim. Patients and business would both be winners.

The business cavalry has an expeditionary force already saddled up with a group called Business for Medicare for All. Its chairman, Richard Master, says: “You don’t need to be a progressive to see why single-payer is a logical option for America. For a growing number of business leaders, including myself, transitioning to a single-payer, centrally financed health care system makes sense from a purely economic perspective.”

From the doctors’ corner, John Perryman, a Roscoe, Ill.-based pediatrician, says the leading Democrats missed out. “The system is chaotic and failing. The debate was very disappointing. Biden said it would cost $3.6 trillion a year to switch over — the amount we now spend on health care every year. But that is growing by 4 percent a year which means in 10 years, we will be spending $30 trillion, with 20 percent going to insurance companies. The only way to get that down is with a single-payer system,” he says.

Perryman is a member of Physicians for A National Health Program, a 23,000-strong group of doctors with offices in Chicago. A different prescription is being written.