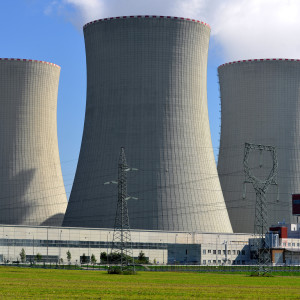 The Treaty of Paris, signed in 1783 by representatives of King George III of England and the fledgling United States of America in a Paris hotel, ended the Revolutionary War.

Next month, another document will be signed in Paris: the climate agreement. It will be signed by about 200 countries, and will commit the signatories to meaningful reductions in their greenhouse gas emissions, mostly carbon.

And it will be as seminal in its way as the one recognizing that the colonists of America would no longer be subject to the rule of England.

My point is not that this treaty of Paris will be perfect, or that every signatory will abide by its terms, but that it will do something that is vital, if climate change endeavors are to prevail: It will establish globally a kind of carbon ethic.

The concept of an environmental ethic started with Rachel Carson’s book “Silent Spring,” back in 1962. Since then, the world has known it should examine the environmental impact of major actions. After Paris, it will consider the carbon impact in a new way.

President Obama’s supporters will be jubilant when the signing starts in Paris. But Obama does not deserve all the praise that will come his way from Democrats and environmental organizations.

If the Obama administration were as concerned with the reduction in greenhouse gasses, particularly carbon, as it says it is, it would not have given the back of its hand to nuclear power. Nuclear produces a lot of electricity and no greenhouse gasses. Zero.

Yet the administration, yearning for a carbon-free future, has done nothing to address the temporary market imbalance that cheap natural gas has produced. Get this: a nuclear plant has a life of 60 years, and new ones may last 80 years. What we have now is a short-term price advantage in natural gas forcing the closure of nuclear plants, even though gas will cost more over the decades.

The administration leans heavily toward wind and solar power, understandably against coal and almost ignores nuclear. For example, nuclear does not get the support it deserves in the Environmental Protection Agency’s Clean Power Plan: its blueprint for carbon reduction. Nuclear is an also-ran, not a central plank.

The nuclear project needs updating. It needs a revision of the standards for radiation protection that were enacted when nuclear science was young and radiation little understood. They need to be re-evaluated and almost certainly lowered in the light of today’s science. This would help across the nuclear spectrum from power plants to medicine to how nuclear waste is handled.

The administration declares itself in love with innovation and has offered partial funding for new, small modular power plants. But it does this without regard to the dysfunctional nature of the Nuclear Regulatory Commission. This bureaucracy is so sclerotic, pusillanimous and risk-averse that it has priced new reactors out of the possibility of being built in the United States.

Because the NRC is a fee-collecting agency, it is estimated that to license a brand new reactor — a better, safer, cheaper reactor — would cost $1 billion and 10 years of hearings and submissions. That is a preposterous inhibitor of American invention.

If the Federal Aviation Administration acted as the NRC does, we might well be flying around in propeller aircraft, while the agency studied jet engines and, for good measure, questioned the ability of wings to provide lift.

Certainly, the NRC should be protected from outside pressure that might impinge on safety, but it should not be so ossified, so confined in a bunker, that it cannot evaluate anything new.

Yes, something big is going to happen in Paris: Those big polluting nations, China and India, but especially China, are going to lay out their ambitious plans to reduce carbon — with nuclear.

Champions of the president will cheer Paris as a big part of his legacy, but his achievement is less than it should be. And nuclear power, like so much else that America led the world in, is headed overseas where it will evolve and probably flourish as the carbon-free champion of the future. Shame on the administration.