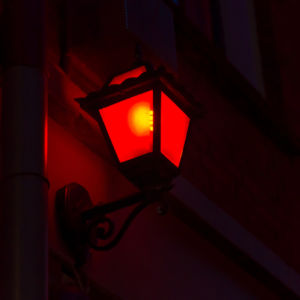 The Case for Decriminalizing Prostitution

Amnesty International recently called on the world’s governments to “decriminalize consensual sex work” and to “include sex workers in the development of laws that affect their lives and safety.”

To say that Amnesty’s policy research and recommendation have detractors is a gross understatement. Proponents of continued prohibition contend that legalizing sex work would be a “gift” to pimps and traffickers and would promote sex trafficking. They argue, moreover, that legalizing prostitution would have disastrous effects on women’s health and increase violence against women.

Regardless of its legal status, the world’s oldest profession is alive and well. An estimated 42 million people around the world make a living selling sex. The United States is home to an estimated 1 million sex workers. Yet prostitution remains illegal in most countries.

Though controversial, we should seriously consider Amnesty’s recommendations. The prohibition of sex work is a grossly misguided policy, one that harms millions of people, mostly the sex workers themselves.

The idea behind continuing the ban on prostitution is straightforward. Governments, women’s rights groups, and others argue that prohibition severely limits the market for sex work. Unfortunately, prohibition has not done this. It only works to push consensual prostitution underground and create opportunities for sex traffickers, who force women into sex work.

Black markets are bad news for sex workers. Since their actions are illegal, they have little recourse when they are wronged. A prostitute, for example, cannot go to the police or the courts about an abusive client or pimp without incriminating herself and risking her own freedom. This means crimes against sex workers are committed with practical impunity. As a result, approximately 70 percent to 95 percent of those in prostitution experience sexual assault. Between 60 percent and 75 percent have been raped.

But prohibition is wonderful for one group — the sex traffickers who use the black market for sex to coerce individuals into the industry. Economics teaches us that prohibition leads to an increase in the price of the banned good or service, increasing its profitability. Moreover, prohibition is likely to give rise to cartels and large criminal enterprises. Simply explained, prohibition raises the costs of operating a business.

Those working in the industry must incorporate costs such fines, jail time and evasion of law enforcement into their business model. This forces many producers out of the market, but raises the profits for the remaining ones who are willing and able to take the risks and recoup the costs. So the business is tailor-made for organized crime. Prohibition has created and reinforced a sex-trafficking industry in which an estimated 4.5 million people are trapped.

Legalizing the consensual sex trade would, perhaps counterintuitively, benefit women in the industry, decrease coercive sex trafficking and spell disaster for organized crime. The reason is straightforward. With prostitution legal, those working in the sex trade could use normal legal channels when problems arise, making sex work safer. Moreover, legalization would lower the profitability of trafficking, making it a less-attractive option for criminals.

Indeed, the data support these claims. Consider New Zealand, which legalized sex work in 2003. According to the New Zealand Ministry of Justice, there was “no incidence of human trafficking” after prostitution was legalized and it was easier for sex workers to report abuse and for police to prosecute sex crimes.

Other data show that legalizing prostitution has additional benefits. Take, for example, disease transmission. Studies find that when sex work is legal, those in the industry are more open with medical professionals about their sexual history and are more likely to be screened and seek treatment for sexually transmitted diseases.

Despite the data, many still object to legalizing sex work. They argue that the majority of prostitutes are women who are poor and who otherwise come from tragic backgrounds. While this may be true, it’s inconsequential. Although we may want a world in which no woman feels that prostitution is her best option, our focus must be on how the world actually operates. The fact is, if a woman engages in sex work, even if she would strongly prefer another profession, she has the right to earn her living in the safest environment possible. For her, the safest environment would be a legal market for sex.