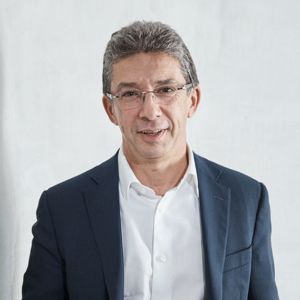 Posted to Technology May 04, 2019 by Michael Graham

The CEO of Philip Morris International told a Boston audience something they were surprised to hear from the head of the world’s largest cigarette company:

“We are trying to achieve a smoke-free world.”

PMI CEO André Calantzopoulos told the Boston College Chief Executives Club on Friday that he believes the best strategy for achieving that goal is not through the current strategies of regulation and restriction but rather “by offering smokers an alternative.”

This is the thinking behind PMI’s $ 6 billion investment in their new “heat not burn” IQOS product (pronounced “EYE-kose”),  designed to give smokers an experience similar to cigarettes but with fewer health risks. PMI received FDA approval for sale in the United States earlier in the week.

According to the FDA’s report, “the agency found that the aerosol produced by the IQOS Tobacco Heating System contains fewer toxic chemicals than cigarette smoke, and many of the toxins identified are present at lower levels than in cigarette smoke. For example, the carbon monoxide exposure from IQOS aerosol is comparable to environmental exposure, and levels of acrolein and formaldehyde are 89% to 95% and 66% to 91% lower than from combustible cigarettes, respectively.”

Still, some anti-tobacco organizations and health advocates reject this approach believing instead that public policy should focus on getting smokers to stop using tobacco products of any kind.  In 2017, a group of 123 anti-smoking organizations sent a letter to Calantzopoulos calling on Philip Morris to simply stop making and selling cigarettes altogether.

“PMI, its shareholders, and you personally have been enriched while knowingly killing your customers. You have it in your immediate power to change the fate of millions of people, perhaps hundreds of millions. Do the right thing by immediately ceasing the production, marketing and sale of cigarettes,” they wrote.

Calantzopoulos rejects this view as “childish,” noting that while PMI is the largest cigarette company in the world, it only represents 2o percent of the world market.

“You can always take the approach that people should not be doing something, and if your ideological position is they should not [smoke] and you stick to this, you can spend your entire life hoping that the people will stop, and you can keep advocating for it. But it will not happen.”

Even after decades of education on the health effects of smoking and aggressive government efforts to both restrict access and raise prices, there are still 1.1 billion smokers worldwide consuming 5.3 trillion cigarettes a year. Some 40 million of those smokers are here in the U.S. And the World Health Organization projects that those numbers will remain steady through at least 2025.

“The debates become demonization when they go back to 20, 30, 40-year-old wars,” Calantzopoulos told InsideSources.  “I think we have to look at the future and stop being selfish. We need to think about the people who smoke today.”

Calantzopoulos compares the challenges of reaching a smoke-free world to the goal of climate change advocates ending the use of all carbon-based fuels. “You can have the belief that people will just stop using fossil fuels and spend your time demonizing the oil companies; or you can find some logical midway accepting that people will engage— probably less, but still a lot, and do something about it, rather than talking ideology.”

Which is why PMI isn’t stopping with its new-received FDA approval to sell the IQOS product in the U.S. but is asking for permission to market it as a lower-risk alternative to cigarettes.

PMI no longer does business in the United States after being spun off of its parent company Altria in 2008. Altria has a licensing agreement with PMI for the U.S. and will sell the IQOS product here, according to a PMI spokesperson.  However, PMI’s international sales—particularly in Japan and Europe—have given the company data regarding the rates at which smokers abandon cigarettes and switch to their product as opposed to other available alternatives like vaping and e-cigarettes.

“The observation worldwide is that because of the nature of the products, the way they deliver nicotine, lack of flavor satisfaction to a large degree, etc. the switching rates for electronic cigarettes so far have been between 15 and 20 percent, compared to 70-75 percent for IQOS,” Calantzopoulos said.

“The key is to have a product sufficiently good to convince smokers to switch…but not so close to the cigarette that you still have too high levels of toxins.”

Still, many anti-tobacco activists view the IQOS product with suspicion, in part because of its connection to Philip Morris.  When asked if there would be more acceptance of the new technology if it came from a different company, Calantzopoulos said: “I have heard that before.”

Calantzopoulos argues that because of its size and ability to market to smokers, PMI is uniquely positioned to help move long-term smokers to lower-risk alternatives. But if he’s wrong?

“The worst thing that can happen is people still keep using cigarettes. So it can only get better.”