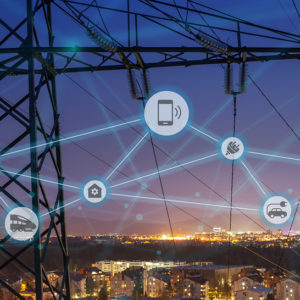 The Cold War of Cyberattack Is Heating Up for Utilities

In engineering there are credible and incredible failures. Nuclear power plants were designed against what was believed to be a “maximum credible accident.” Then came Fukushima, incredible.

In early December, a report from the National Infrastructure Advisory Council (NIAC) raised the possibility that a huge electric failure, the result of a concerted cyberattack or other event, could knock out electric supply in large swaths of the country for an extended period, weeks even months. A failure with consequences that would have been beyond thinkable before the computer age.

The report, which comes from an advisory council whose mission is to inform the president, has a weight that a think-tank study, for example, would not have. Here, it is the voice of the energy establishment speaking.

I found in reading this report and talking to people in the industry and in academia, it is easy to predict the end of social order as we know it.

It is a painful mind game to try to think how long families could survive without electricity. First off, you would be hot or cold, every appliance in the home would not work. Even if you have a generator, in short order the fuel, natural gas or gasoline, would be gone. How much non-perishable food do you have? I suspect most families would be going hungry after a few days. I would. Cell phones would run down and stay down, and the networks would collapse.

We would be reduced to living like animals without the skills that are inherent to animals. In bad scenarios, families with guns would outlast families without — for a few days.

Survivalists would be proven right as they hung on, maybe for a few months, hunting for fresh food, hoping for clean water, and living off the non-perishable food they have stockpiled. Rumor would dominate as communications failed.

Electric utilities live in a world in which their realities are changing. Wildfires in California and Australia have pointed to a new liability for the companies: accidental ignition through falling lines, likely to get more serious as weather gets more aberrant and droughts become the normal in a time of climate change. That, together with cyberattack, puts them in a place of vulnerability they never anticipated.

Utilities are proud of their expertise — and justifiably so — in responding to short-term outages, even major ones. They rush crews to the scene, and with military zeal get the lines up and the power flowing.

Then came Puerto Rico after hurricanes Irma and Maria, which gave an inkling of what happens when the grid fails: total devastation and maybe as many as 2,975 lives lost.

The NIAC report cites Puerto Rico and emphasizes cascading blackouts as the grid begins to fail. As it is, utilities fend off daily cyberattacks, and every executive I have interviewed has emphasized that cyberattack is “what keeps me awake at night” — as Jacqueline Sargent, general manager and CEO of Austin Energy, told me recently.

The utility industry, often keen to be reassuring, was part of the preparation of the NIAC report. Scott Aaronson, point man in the industry’s trade organization the Edison Electric Institute, was  involved in the report and has been raising the alarm in interviews since its release.

A new seriousness in the federal government, particularly in the Department of Homeland Security, the Department of Energy and the Pentagon, shows that the threat is real and credible. The White House has said nothing.

Changes not dictated by cyberattack defense, but which might aid it, are on the way. Small entities known as microgrids are cropping up. Think of the old utility model with central power stations as a city. The new one is a series of microgrids, more like villages, loosely connected and isolatable, and depending on local generation from solar and wind.

Also, the technology of defense against cyberattack is growing; there is a large cyber-defense industry. It is an escalating battle in which the defenses improve as the threat multiplies, a kind of cold war with weaponized computers.

In the new year, the invisible enemy will be engaged more than ever. But who knows what is enough? In the NIAC report, insiders have sounded the alarm about their own defenses. That is serious, credible.