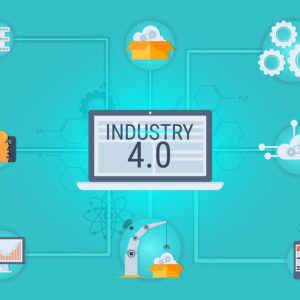 The Coming Convulsion of the Fourth Industrial Revolution

It isn’t starting with a bang, but don’t be deceived: The Fourth Industrial Revolution (4IR) is underway, and companies and institutions that ignore it will be overwhelmed by it. Individuals will adapt to it as best we can, as we always have.

In short 4IR is the fusing of the digital, physical and biological spheres. It’s the interconnection of everything, bringing change in companies, jobs, schools and eventually government. Government won’t to be able to stand idly by when it sees traditional businesses upended and huge changes in how we work and study, and where.

As 4IR moves ahead one can reasonably contemplate a time when body parts will be printed, robots will prepare restaurant food and drone taxis will take us to the airport, where departures will be handled without human intervention — because you were verified through facial recognition when you bought your ticket on your smartphone, you won’t need to do anything but walk through security and onto a plane, which has a cabin crew to look after you but no pilots.

Behind and driving the revolution is artificial intelligence, commanding everything from farms, where tractors will start themselves and plow or reap without a human in sight, to street lights that turn off when nothing is moving and back on as needed, to manufacturing that will be dominated by 3D printing, better referred to as additive manufacturing.

The troubadour of 4IR is Klaus Schwab who created the World Economic Forum back in 1971, the world’s most important ideas mart known as Davos, after Davos-Klosters the Swiss resort where the forum meets every year. This year Davos kicks off on Jan. 22 and will be devoted to what Schwab, 80, a German economist and engineer, has called “Globalization 4.0.”

The first forum to look at 4IR was in 2016. Schwab has written two books on the subject — the “The Fourth Industrial Revolution” and “Shaping the Future of the Fourth Industrial Revolution” — and has been ceaseless in promoting the future while warning of it. He told Gerard Baker, the former executive editor of The Wall Street Journal, in a TV interview that enumerating the challenges wasn’t enough, there need to be solutions as well.

A note: Don’t think you can join the 3,000 participants this year. It’s by invitation only. And if you get one, Davos hotel rooms — plain vanilla rooms — can cost $900 a night and suites can go for $5,000 a night. When I checked, there were few vacancies. The movers and shakers start early.

The three past industrial revolutions are listed by Schwab as the replacement of animal power by water and then steam power, the latter at the beginning of the 18th century; the deployment of electricity, starting in the late 19th century; and the digital revolution of the last part of the 20th century.

The Davos meeting will examine the upheaval besetting the world with 4IR and how it’ll be managed. It’s what Schwab calls Globalization 4.0. “We must develop a comprehensive and globally shared view of how technology is affecting our lives and reshaping our economic, social, cultural and human environments. There has never been a time of greater promise, or greater peril,” he says.

Andre Kudelski, a Silicon Valley veteran, now head of the eponymous Swiss high-tech company that bears his name, says, “A skilled engineer can take control remotely of any connected ‘thing.’ Society has not yet realized the incredible scenarios this capability creates.”

Says Robert Shiller, a Yale University economics professor and 2013 Nobel Prize winner, “We cannot wait until there are massive dislocations in our society to prepare for the Fourth Industrial Revolution.”

Others dream of a cleaner, safer and healthier world. Dileep George, an artificial intelligence and neuroscience researcher, quoted by the forum, says, “Imagine a robot capable of treating Ebola patients or cleaning up nuclear waste.”