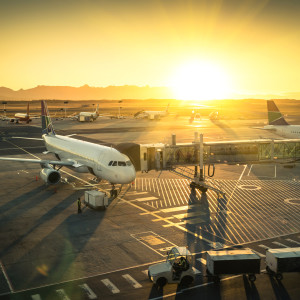 We live in an age of Doublespeak — the term George Orwell coined in his novel, “1984,” about a future in which phrases and words mean the opposite of their face-value definitions.

Freedom is slavery, for instance.

In a way, he’s right. Less competition is “unambiguously great” … for the handful of large carriers, who as a result of there being less competition, can charge more for worse service. It’s not unlike a Soviet-era food queue. If the proles want to eat, they’ll just have to wait.

And pay whatever’s demanded. It’s either that — or forget about dinner. Stale bread is better than no bread.

The airline industry increasingly works on the same Soviet-style model.

Consolidation of carriers has meant fewer options — at higher prices. If you want to travel by air, you accept what’s available, and pay what’s demanded. After all, what’s your option?

And that’s the problem.

Which Bastian wants more of — because, of course, it’s not a problem for him. Delta — along with American and United, considered the “Big Three” domestic carriers — is pushing for a kind of competition lockdown via freezing the various Open Skies agreements that have been negotiated over the past several decades.

These agreements encourage competition — which invariably reduces costs, whether it’s airplane tickets or taxicab fares. They do so chiefly by reducing or even eliminating restrictions on where airlines can fly.

Prior to the adoption of these agreements, access to many major airports was much more heavily restricted than now. For example, under the prior Bermuda II agreement, two U.S. carriers (United and American) had exclusive rights to route flights to London’s Heathrow Airport. Other carriers were locked out.

Because other carriers could not offer flights to Heathrow, AA and United didn’t have to sweat competition. The two had to worry about only each other, which gave them a lot less to worry about.

Big airports such as Heathrow also serve as hubs to other airports. Carriers that were locked out of Heathrow had a harder time routing planes to medium and smaller/regional airports, putting them at a doubleplusgooddisadvantage — from the standpoint of those who had the artificial advantage conferred upon them by restrictions on free competition.

Open Skies changed all that.

Ironically, enabling Delta to fly routes to Heathrow — as well as other airports in Europe. European carriers also got more access to airports within the United States. All of which inevitably benefits air travelers, who aren’t effectively forced to do business with just a handful of crony capitalist carriers.

Think Aeroflot — the Soviet national airline. It, too, had a government-enforced monopoly on air travel within the Soviet Union. Foreign carriers were restricted, if they were allowed to fly at all. If you wanted to get somewhere within the Soviet Union, you flew when and how Aeroflot decided. Just one flight into Moscow on weekends? Too bad. Take it — or take the bus.

Aeroflot could get away with this only because it had the Soviet government’s big fat thumb weighing down the scales in its favor.

Bastian makes the protectionist argument that European governments subsidize their national carriers, giving them an unfair competitive advantage over American carriers. But while this argument isn’t entirely without foundation, Bastian should perhaps have been a bit more circumspect when he made it given the recent disclosure that Delta may have colluded with Canadian airplane manufacturer Bombardier to acquire new jets at below-market prices.

Delta apparently ordered 75 C Series regional jets from Bombardier at too-good-to-be-true prices, triggering complaints to the Commerce Department by Boeing and a preliminary 219 percent “countervailing duty,” to penalize both Bombardier and Delta for taking advantage of what appears to be a crony capitalist scheme to dump the planes on the market.

The International Trade Commission will issue a final ruling on Bombardier’s alleged dumping — and Delta’s participation — sometime in 2018.

Note that such practices are not meant to benefit consumers but to ruin competitors — and thereby consolidate market share in order to charge consumers more.

Perhaps the most Orwellian aspect of this business, though, is the massively funded PR campaign being deployed by the Big Three to undermine the Open Skies agreements via something called the Partnership for Open and Fair Skies.

This is the product of former Obama Transportation Department PR flack Jill Zuckman, who left Big Government to work for Big PR — SKDKnickerbocker — which is orchestrating the public relations juggernaut on behalf of Delta, et al. to make the skies not free but “fair.”

In lobbyist lingo, this means: controlled, consolidated and run for the benefit of the Bigs at the expense of everyone else.

Bastian says this is “unambiguously great” and that “the quality of the (U.S. airline business) is better than ever before.”

Those buying the tickets — and dealing with the delays, surly service, endless fees and increasingly limited options might beg to differ.

And would likely prefer open skies to “fair skies.”