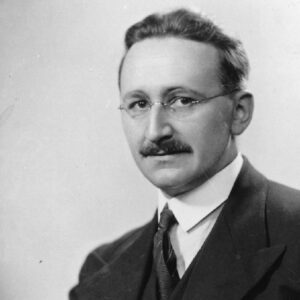 The Corporate Road to Serfdom

Posted to Politics May 07, 2021 by Gregory Bresiger

Corporations should stick to their knitting.

They should concentrate on maximizing profitability for shareholders. They should not use their considerable power for political or social ends. This corporate power, whether backing right or left-wing movements, will be misused.

Is this the recent complaint from some stockholders and customers of Delta Airlines, Coca-Cola, and J.P. Morgan Chase, whose executives recently said they want to be politically active and do more than hawk bookings on uncomfortable flights, pricey overdraft services, or diabetes-inducing sodas?

Not in this case. It is a warning from decades ago.

This analysis about the misuse of corporate comes from a friend of liberty, an advocate of classical liberalism, of some 35 years ago. The free market analysis of F.A. Hayek, in this instance and others, has been repeatedly validated by history.

Hayek, a Nobel-winning economist and political philosopher, was the author of the 1944 bestseller “The Road to Serfdom.” He also later wrote that corporations pursuing anything other than the highest levels of profits would be exerting “socially dangerous powers.”

Hayek, in his article, cited his friend, economist Milton Friedman, on the subject of corporate power devoted to political and social causes: “If anything is certain to destroy our free society, to undermine the very foundations,” Friedman wrote, “it would be a wide-spread acceptance by management of social responsibilities in some sense other than to make as much money as possible. This is a fundamentally subversive doctrine.”

Hayek’s warning about the dangers of corporate power was issued decades before the recent left-wing comments of Ed Bastian of Delta Airlines or Jamie Dimon of JPMorgan Chase or any of a number of other “woke” corporate executives.

For instance, Bastian said the recent changes in Georgia election laws are “unacceptable” and are not in line with “Delta’s values.”

And Dimon says “at JPMorgan Chase, we believe the best way to scale programs that we have seen work in cities, states, and countries around the globe is to develop actionable public policies that allow more people to benefit from economic growth.”

These executives, who are often trying to win points with the woke crowd, have embraced left-wing and collectivist causes. Indeed, billionaire Dimon says corporations should “aggressively work to improve society.”

However, once corporations devote themselves to social causes and get away from their reason for existence, Hayek contended, there will be no limits on the expenditure of shareholder assets.

“The range of such purposes which might come to be regarded as legitimate objects of corporate expenditure is very wide: political, charitable, educational and in fact everything that can be brought under the vague and almost meaningless term social,” according to Hayek.

Politically active corporations, Hayek also argued, should avoid “the fashionable doctrine that their policy should be guided by social considerations. This idea is “likely to produce most undesirable results.”

Hayek’s 1985 article, “The Corporation in a Democratic Society: In Whose Interest Ought It To and Will Be Run?” also asserted that apolitical corporations should still follow general legal and moral rules. However, even back in the Reagan era, Hayek could see the dangers of corporations becoming political.

“The present tendency not only to allow but to encourage such use of corporate resources appears to me as dangerous in its short run as long-term consequences,” he wrote.

“The immediate effect is greatly to extend the powers of management of corporations over cultural, political and moral issues for which proven ability to use resources efficiently in production does not necessarily confer special competence; and at the same time to substitute a vague and indefinable social responsibility for a specific and controllable task,” according to Hayek.

This wasn’t the first time Hayek’s analysis has been validated by history. Generations ago, Hayek warned of the dangers of socialism in “The Road to Serfdom.” He argued the dangers of centralization could inadvertently lead America and Britain to socialist tyranny.

One thinks of the recent efforts to centralize power in Washington. If followed to their logical conclusions, they would destroy the 10th Amendment to the U.S. Constitution. The latter reserves certain powers to the states, a form of decentralization. Decentralization was the Founders’ way of dividing and subdividing power. It was praised by the libertarian historian Lord Acton, a friend of freedom admired by Hayek.

Hayek, and his great teacher, economist Ludwig von Mises, predicted socialism would eventually collapse back in the 1920s in the great economic calculation debate over whether collectivism was economically viable.

That’s when Hayek and Mises insisted socialism ruined markets through central planning. It made the calculation of the marketplace impossible, they said. The destruction of free markets misled buyers and sellers, Hayek and Mises wrote. That’s even though many in the West, accepting the analysis of Soviet fellow traveler John Reed (“I’ve seen the future and it works,” he famously said of the 1917 Red Revolution). Reed and friends predicted the Soviet Union and socialism were “the wave of the future.”

Hayek and Mises won the calculation debate although it still isn’t accepted even today among many intellectuals. It also wasn’t clear to many friends of socialism in the West until the evidence was before them: The breakup of the Soviet Union.