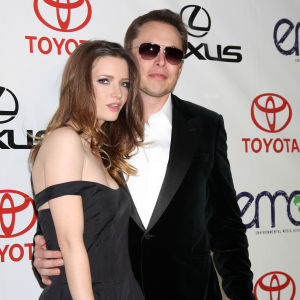 If Elon Musk’s various projects are so fabulous, why do they all need government “help”?

Shouldn’t Tesla — and Solar City and SpaceX — be able to stand on their merits … if they actually have merit?

That is, economic merit.

Tesla fanbois — and Musk himself — will tell you all about the virtues of his electric cars. They are sleek and speedy. This is true. But they are also very expensive (the least expensive model, the pending Model X, will reportedly start around $35k, about the same price as a luxury sedan like the Lexus ES350) and have a number of significant functional deficits such as a best-case range about half that of most conventional cars and recharge times at least four to five times as long as it takes to refuel a conventional car.

That’s if you can find a Tesla “supercharger” station. If not, then the recharge time becomes hours rather than half an hour.

But the real problem with Tesla cars is that no one actually buys them.

Either way, the taxpayer (rather than the “buyer”) is the one who gets the bill.

On the manufacturing end, Tesla got $1.3 billion in special crony-capitalist “incentives” from the state of Nevada to build its battery factory in Nevada. This includes an exemption from having to pay any property taxes (unlike you and I) for the next 20 years. Another inducement was $195 million in transferable tax credits, which Tesla could sell for cash.

California provides similar inducements — including $15 million from the state of California to “create jobs” in the state.

Tesla does not make money by selling cars, either. It makes money by selling “carbon credits” to real car companies that make functionally and economically viable vehicles that can and do sell on the merits — but which are not “zero emissions” vehicles, as the electric Tesla is claimed to be (but isn’t, actually, unless you don’t count the emissions produced by the utility plants that provide the electricity they run on, or the emissions produced mining the materials necessary to make the hundreds of pounds of batteries needed by each car).

Laws in nine states (including California) require each car company selling cars in the state to sell a certain number of “zero emissions” vehicles, else be fined. Since only electric cars qualify under the law as “zero emissions” vehicles — and the majority of cars made by the real car companies are not electric cars — they end up having to “purchase” (quotes for the same reason that you are a “customer” of the IRS’s) these “carbon credits” from Tesla, subsidizing Tesla’s operations and adding to the expense of manufacturing their own functionally and economically viable cars.

The amount Tesla has “earned” this way is in the neighborhood of $517 million.

In effect, Tesla is a newfangled taken on the welfare queen. Or more accurately, the EBT card — which is designed to look like a credit card. To have the appearance of a legitimate transaction … as opposed to a welfare payment.

Underneath the glitz and showmanship, that’s what all of Musk’s “businesses” are about. They all depend entirely on government — that is, on taxpayer “help” — in order to survive.

Without that “help,” none of Musk’s Teslas could survive.

It is estimated that Musk’s various ventures — including his new SolarCity solar panel operation and SpaceX — have cost taxpayers at least $4.9 billion, with Tesla accounting for about half of that dole.

Musk fanbois will counter by pointing out that other businesses — including the car business — also get “help” from the government (that is, from taxpayers), which is perfectly true. But that’s not much of a defense — much less a refutation of the charge that Musk is a crony capitalist.

Which is all he is.

The real difference between Musk’s operations and those of say General Motors is that General Motors’ products are fundamentally viable while Tesla’s are not. GM is happy to accept government “help” when offered, but it is not necessary for taxpayers to bankroll the production of Corvettes — nor provide thousands of dollars in cash incentives to each prospective buyer in order to “stimulate” sales.

Tesla could not build a single car without the government’s help. Or rather, the actual cost would be so prohibitive that virtually no one would buy a Tesla.

As it is — even with massive subsidies at the manufacturing level and then again at the retail level — each Tesla still “sells” at a loss of several thousand dollars per car … and still carries an exotic car’s price tag.

Why are taxpayers — the majority of them not earning $250k annually — being taxed to support the “purchase” of electric exotic cars by extremely affluent people?

Why should taxpayers be made to subsidize any of Musk’s “businesses”?

He’s a billionaire. And — we’re constantly told — a really smart guy. Surely he could fund (or find) the private capital necessary to fund his various projects. The fact that he could not find private — that is, willing — investors but instead has to rely on the coercive power of the government to fund his projects speaks volumes about the fundamental worth of his projects.

He “succeeds” only because of his ability to game the system, not by offering products that people are willing to pay for (using their own money, that is).

The heroic real-life Tony Stark image notwithstanding, Musk is an operator — not a creator of value.

He has more in common with the vulture capitalist oligarchs of the former Soviet Union than with the namesake of his electric car company.