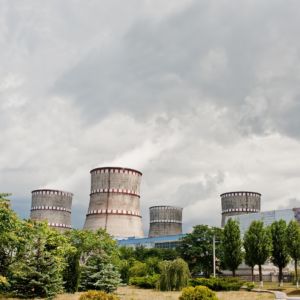 Just when it needs it most, the United States is losing its most potent weapon in the fight against climate change, which might better be called global pollution. One nuclear plant is closed in Vermont, two are under threat of closure in Illinois, and the only plant in climate-conscious California is to close.

Just these four plants represent a substantial withdrawal of clean, carbon-free electricity from the market, mostly to be replaced by natural gas, and some wind and solar. Gas will do the bulk of the generating, and it is a carbon-emitter — less than coal, but a carbon source nonetheless.

What is more, these plants are up and running, which means none of the pollution associated with construction, steel-making or quarrying will have to be repeated. Some, including Marvin Fertel, president of the Nuclear Energy Institute, have expressed fears that 20 more nuclear plants may yet close.

The ostensible reason for these closures is that market forces dictate them. That bald statement implies that electricity is bought and sold as freely as any multi-sourced commodity.

But electricity is not traded in any conventional way. And it is weighted in favor of the short term and political goals.

The trouble started when it was decided to deregulate electricity markets in the 1990s. The goal had nobility: Consumers would have choice. At least that is how it was sold by advocates, such as Enron.

Well, choice did not really work for consumers, but it has worked for some large industrial customers, who have been able to shop for price.

Mostly, deregulation has created two kinds of utilities: those that swallowed the deregulation pill, and those that did not, mostly in the South. The northern tier of utilities, under pressure from their state governments, deregulated, some even selling off their generating assets.

The result has been other than anticipated: Consumers have had little or no choice, and the market has set about exterminating long-lived plants, like nuclear, in favor of today’s cheapest fuel — at this moment, natural gas.

The utilities that have remained strictly regulated by their state utility commissions have been more secure financially and able to raise money more cheaply. The leader in this pack, the giant Southern Company, with headquarters in Atlanta, has become a technological innovator as well as a builder of new nuclear plant.

Deregulation of the telephone monopoly — often cited during the passion to deregulate electricity — created a profusion of innovations. By contrast, deregulating electricity has just brought about a rush to the cheapest fuel of the day.

Electric utilities operate what are known as natural monopolies. Competing entities cannot install a new set of transmission wires, so the deregulated electric market had to be contrived. It was also subject to political and cultural manipulation, as the solar and wind lobbies insisted that their product get preference. Coal was edged out financially, before environmental concerns.

Deregulated utilities have formed transmission organizations to rationalize the system. These are the independent system operators, such as the Midwest ISO or PJM in the Mid-Atlantic. They auction power, and the auction system favors the cheapest kilowatt on offer.

That sounds fair, right? Not quite. Some of the power comes from wind and solar, which has been subsidized by an array of tax preferences and other government supports.

Many states have renewable energy portfolios that decree that a percentage of the power has to come from these renewable resources. This is fine because they produce no carbon. But they do not produce that much reliable electricity either. It takes a lot of solar arrays or wind turbines — and then only when the sun is shining or the wind is blowing — to produce the same electricity as a nuclear power plant or an old-fashioned, coal-fired power plant. They need reliable backup — and that is natural gas, a fossil fuel.

Also to replace a nuclear plant with renewables chews up a lot of land, whether solar arrays or wind farms. Imperfect markets produce imperfect results.