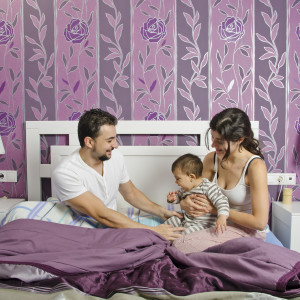 The Decline in Marriage and the Need for More Purposeful Parenthood

If you’re reading this article, chances are you know people who are still getting married. But it’s getting rarer, especially among the youngest generation and those who are less educated. We used to assume people would marry before having children. But marriage is no longer the norm. Half of all children born to women under 30 are born out of wedlock. The proportion is even higher among those without a college degree.

What’s going on here? Most of today’s young adults don’t feel ready to marry in their early 20s. Many have not completed their educations; others are trying to get established in a career; and many grew up with parents who divorced and are reluctant to make a commitment or take the risks associated with a legally binding tie.

But these young people are still involved in romantic relationships. And yes, they are having sex. Any stigma associated with premarital sex disappeared a long time ago, and with sex freely available, there’s even less reason to bother with tying the knot. The result: a lot of drifting into unplanned pregnancies and births to unmarried women and their partners with the biggest problems now concentrated among those in their 20s rather than in their teens. (The teen birth rate has actually declined since the early 1990s.)

Does all of this matter? In a word, yes.

These trends are not good for the young people involved and they are especially problematic for the many children being born outside marriage. The parents may be living together at the time of the child’s birth but these cohabiting relationships are highly unstable. Most will have split before the child is age 5.

Social scientists who have studied the resulting growth of single-parent families have shown that the children in these families don’t fare as well as children raised in two-parent families. They are four or five times as likely to be poor; they do less well in school; and they are more likely to engage in risky behaviors as adolescents. Taxpayers end up footing the bill for the social assistance that many of these families need.

Is there any way to restore marriage to its formerly privileged position as the best way to raise children? No one knows. The fact that well-educated young adults are still marrying is a positive sign and a reason for hope. On the other hand, the decline in marriage and rise in single parenthood has been dramatic and the economic and cultural transformations behind these trends may be difficult to reverse.

Women are no longer economically dependent on men, jobs have dried up for working-class men, and unwed parenthood is no longer especially stigmatized. The proportion of children raised in single-parent homes has, as a consequence, risen from 5 percent in 1960 to about 30 percent now.

Conservatives have called for the restoration of marriage as the best way to reduce poverty and other social ills. However, they have not figured out how to do this.

The George W. Bush administration funded a series of marriage education programs that failed to move the needle in any significant way. The Clinton administration reformed welfare to require work and thus reduced any incentive welfare might have had in encouraging unwed childbearing. The retreat from marriage has continued despite these efforts. We are stuck with a problem that has no clear governmental solution, although religious and civic organizations can still play a positive role.

But perhaps the issue isn’t just marriage. What may matter even more than marriage is creating stable and committed relationships between two mature adults who want and are ready to be parents before having children. That means reducing the very large fraction of births to young unmarried adults that occur before these young people say they are ready for parenthood.

Among single women under the age of 30, 73 percent of all pregnancies are, according to the woman herself, either unwanted or badly mistimed. Some of these women will go on to have an abortion but 60 percent of all of the babies born to this group are unplanned.

As I argue in my book, “Generation Unbound,” we need to combine new cultural messages about the importance of committed relationships and purposeful childbearing with new ways of helping young adults avoid accidental pregnancies. The good news here is that new forms of long-acting but fully reversible contraception, such as the IUD and the implant, when made available to young women at no cost and with good counseling on their effectiveness and safety, have led to dramatic declines in unplanned pregnancies. Initiatives in the states of Colorado and Iowa, and in St. Louis have shown what can be accomplished on this front.

Would greater access to the most effective forms of birth control move the needle on marriage? Quite possibly. Unencumbered with children from prior relationships and with greater education and earning ability, young women and men would be in a better position to marry. And even if they fail to marry, they will be better parents.

My conclusion: marriage is in trouble and, however desirable, will be difficult to restore. But we can at least ensure that casual relationships outside of marriage don’t produce children before their biological parents are ready to take on one of the most difficult social tasks any of us ever undertakes: raising a child. Accidents happen; a child shouldn’t be one of them.

Isabel Sawhill is a senior fellow at the Brookings Institution and the author of “Generation Unbound: Drifting into Sex and Parenthood Without Marriage.”