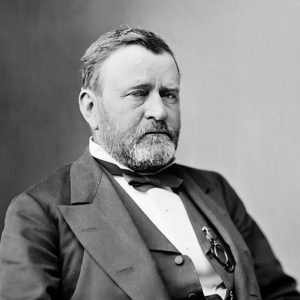 For the 59th time since 1789, when George Washington took the presidential oath of office on the balcony of Federal Hall in New York City, the United States is inaugurating a new president. Like everything else in history, there have been high points and lows along the way.

Many people consider the highwater mark to be a tie between Lincoln’s second inauguration in 1865 and John F. Kennedy’s nearly a century later. Both inaugural addresses are among the most eloquent ever delivered. With the Civil War’s end in sight, Lincoln’s rhetoric reached soaring heights: “With malice toward none; with charity for all …” Likewise, Kennedy hit a home run with his speech: “Ask not what your country can do for you…”

As for the low point in presidential inaugurations, there’s no competition: Ulysses S. Grant being sworn in the second time in 1873. The problem wasn’t the speech, it was the atmospherics — literally.

Despite Inauguration Day falling in March instead of January (the date was changed in 1937), Grant’s second inaugural was the second-coldest on record. A late winter blast plunged the mercury to 16 degrees Fahrenheit at noon—and things only got worst from there. But that wasn’t enough make the Victor of Appomattox abandon the field.

Grant stubbornly plowed ahead as planned, taking the oath on the Capitol’s east front on the coldest March day ever recorded in Washington. A windchill of -16 degrees tormented the hardy souls who shivered through a totally forgettable inaugural address.

President Grant and the first lady made the ceremonial ride back to the White House in the inaugural parade. However, the West Point cadets and U.S. Naval Academy midshipmen who followed them hadn’t been provided thick overcoats. Several of the young men collapsed from hypothermia. But Grant did contribute one bit of presidential trivia: He became the first president to review his inaugural parade from in front of the White House. However, the inauguration’s biggest debacle was yet to come.

Ever since James Madison took the oath in 1809, Inauguration Day has concluded with a gala ball, the social high point of the new president’s first day in office. The event became so popular, Andrew Jackson needed two balls to accommodate everyone in 1833. It grew to three for William Henry Harrison’s 1841 inaugural.

Grant’s first inaugural ball was held in the massive Treasury Department building in 1869, and still space was short. So, event organizers thought bigger in 1873.

They built a temporary wooden structure in Judiciary Square to accommodate the throngs of merrymakers. There was just one problem: The building had no heating system.

Perhaps planners thought thousands of people crammed together under one roof would provide enough body heat to keep everyone warm. And on a normal March 4 that might have worked. But not on the night of March 4, 1873, when the temperature plummeted to a dangerous 4 degrees.

Washington’s social elites bundled up as best they could. But no amount of fur coats was enough. There wasn’t much dancing; the weather was so cold, most of the band’s musical instruments froze and couldn’t be played. Refreshments were sparse, too, since champagne froze inside bottles and food was turned into blocks of ice.

The worst part, however, was the dead birds. Some organizer had the bright idea that hundreds of canaries chirping away in cages suspended overhead would make the night seem magical. Instead, the bitterly cold temperatures froze many birds to death. More than 100 canary corpses fell onto horrified ballgoers.

By midnight, everyone had had enough. Back then, inaugural balls often lasted into the wee hours. But not that night. Revelers gave up, bid their adieus, and hurried home to thaw out.

And so ended the most disastrous inauguration in presidential history. Sadly, it turned out to be a fitting start to Grant’s second term, which is also considered one of the most disastrous of all time. From rampant corruption in high places (though Grant himself was personally honest) to an ugly end to Reconstruction, the second Grant administration stumbled from one crisis to another.

Both COVID-19 and the recent violence at the Capitol have already ensured that the Biden inauguration will generate more than its share of trivia for history buffs as organizers focus on public safety and urge the president’s supporters to celebrate from home. But if past is prologue, we should expect more surprises — delightful ones, we hope — on Wednesday.