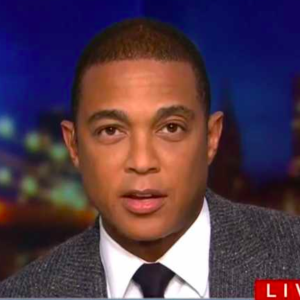 The Democrats’ ‘Press’ Problem: Will the Anti-Media Mood Help the GOP on Tuesday?

Since the September primary, polling and punditry have uniformly declared well-known Democrat Chris Pappas–whose family owns a popular local restaurant– all but a lock for the seat over Republican Eddie Edwards. But on Wednesday a surprising new Emerson Poll hit showing the race neck and neck: 48-46 percent.

And the most likely culprit for turning this race close? The media.

“The current media climate is driving voters into partisan mode,” Emerson Poll analyst Spencer Kimball told InsideSources. “And in this district, which is so evenly split, having Republicans act like Republicans is helping Edwards.”

This Granite State district is a bellwether for the broader political mood in the US, and a key part of that mood is how Americans feel about the media: They hate it.

A new poll from Morning Consult released Thursday morning found that “the public perceives the mainstream media as more divisive than President Trump: Voters are more likely to say the national news media has divided the country (64%-17%) than President Trump (56%-30%).” 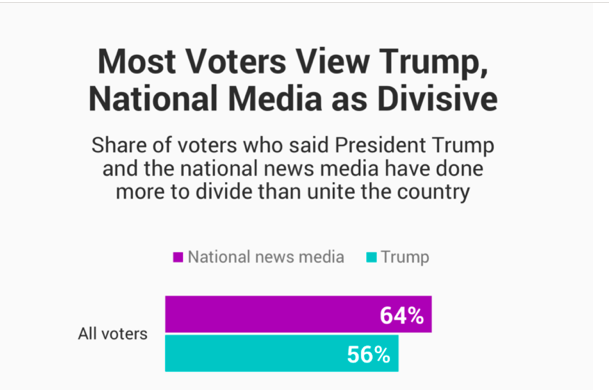 Trump’s anti-media rhetoric may make CNN anchors mad, but it’s matching the mood of the American people. And while pundits complain about Trump’s “enemy of the people” comments, it appears that Republicans truly do see the media as part of the partisan opposition (Republicans blame the media for America’s divisiveness more than Trump by an 80%-9% margin.). And they believe they have good reason.

As media reporter Eddie Scarry at the right-leaning Washington Examiner writes: “When a partisan Democrat opens fire on a group of Republicans practicing baseball, everyone is called on to do better when they ‘set an example.’ Meanwhile, [Pittsburgh synagogue shooter]Bowers didn’t like Trump, said he didn’t vote for Trump, and wasn’t a Republican, yet Trump and the GOP are expected to take full responsibility for his alleged actions.”

The coverage of recent stories like the pipe bomb scare and the reaction to the Pittsburgh synagogue shooting, in which the media appears to be looking for ways to blame Republicans and their party’s president for these horrific actions, is driving GOP voters crazy. And, it appears, to the polls.

Pollster Scott Rasmussen tells InsideSources he has a story he finds illuminating.

“Some news reports have suggested that President Trump’s rhetoric convinced people that there might be national security threats in the migrant caravan. But, our data found that’s not true. Before the migrant caravan made the news, 63% of voters believed that immigrants who enter the country illegally represent a potential national security threat to the United States. After it became a big story, the number remained the same. The president didn’t create that perception, he gave voice to an attitude that was already there.”

“I believe there is something similar going on with perceptions of the media. The president did not create distrust of the media. He just tapped into something that was already there,” Rasmussen said.

Which creates a dilemma for Democrats. The more the left-leaning press launches aggressive (some would say “over the top”) attacks on President Trump, the more it stokes resentment of the Republican base who feel they are targeted by it. And what can that base do to fight back, other than tune in Fox News and turn out on Tuesday?

Conservatives on social media, for example, have highlighted comments from CNN’s Don Lemon that “the biggest terror threat in this country is white men.”  Setting aside the racially-provocative attitudes of a national news anchor, do red-state Democrats like Sen. Claire McCaskill of Missouri and Sen. Joe Donnelly of Indiana really want this to be a topic on voters’ minds days before the election? Is this a winner in a swing district like NH-01?

The irony is that the GOP candidate Eddie Edwards is African-American. if elected, he would be the first black member of Congress in New Hampshire history.  How ironic if a racially-tinged comment from a cable news host targeting the GOP’s white, male base ends up helping send him to Congress.