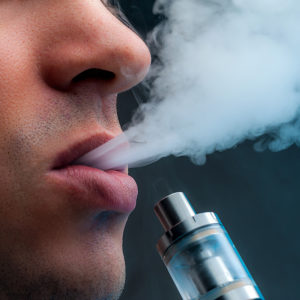 The Double Standard for Nicotine and Cannabis

The U.S. House of Representatives may soon vote on a historic measure to end federal prohibition on cannabis.

Ironically, just as the public and political leaders realize the folly of prohibiting cannabis, we are rushing toward a new prohibition with many of the same pitfalls.

Prohibiting nicotine vapor is unjustified by all the science so far, which shows health risks are low. Worse, prohibition would prove tragic for smokers, who will be deterred from quitting their deadly habit.

When e-cigarettes entered the U.S. market in 2007, opponents argued there was limited evidence about product hazards. That implied opponents would relent if and when scientific evidence could establish e-cigarettes’ relative safety. Yet, as evidence mounted, incontrovertibly proving vaporized nicotine was much safer than smoking, efforts to prohibit vaping have only amplified.

And it should have been good news that research failed to link nicotine vaping with significant negative health outcomes, even for those who never smoked. Smokers who switch to vaping actually show rapid improvements in heart and lung health and reduced risk of smoking-related cancers.

Thus, converting smokers to vapers could save millions of lives.

But for opponents of e-cigarettes, this evidence isn’t enough. They demand proof that e-cigarettes are 100 percent harmless, an impossible benchmark for any product.

The evidence on cannabis is not conclusive, either. For example, there is limited data on how THC impacts cardiovascular health or how cannabis use in adolescence affects future development.

But that didn’t stop the public and lawmakers from supporting efforts to decriminalize or legalize the drug. Rightly so.

Science has a hard time identifying small effects. Thus, after decades of research and centuries of use, of the failure to establish significant harms from cannabis use indicates the harms are marginal.

That is, cannabis as typically used poses minimal risks for most people, though risks might be greater for certain subgroups or atypical use.

Conversely, harms caused by prohibition are large and apparent. Not only did prohibition fail to stop people from using cannabis, it spawned a dangerous illicit market, cost billions in enforcement, fomented distrust of law enforcement, devastated communities, and ruined countless lives.

Against these costs, concluding that it’s better to give adults access to a legal, regulated market, is obvious.

That is the conclusion we should have reached for non-combustible nicotine. After more than a decade of intense research, science has yet to link nicotine vaping to any major negative health effects. Many studies claim to have identified potential risks of vaping, but there are an equal or greater number of studies with opposite conclusions.

What this tells us is the risks of nicotine vaping are likely marginal. And, as with cannabis, there are clear benefits to use of nicotine vapor in terms of health and recreation.

Cannabis use is no longer deemed socially unacceptable. But nicotine, thanks to its association with smoking, has only become more stigmatized and no amount of proof will change the minds of those morally opposed to its use.

Anti-vaping activists will continue to pursue bans and outright prohibition of these products, no matter how safe the science says they are or how many people will die as a result.