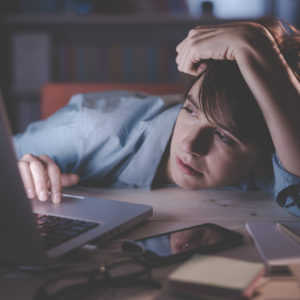 The Downside of Obama’s Overtime Rule

The new overtime rule announced by President Obama last week extends overtime pay protections to more than 4 million workers by raising the salary threshold to $47,476. The intent of the rule is to boost wages for low- and middle-income workers by requiring that employers compensate employees for every additional hour worked beyond the traditional, full-time 40-hour workweek.

However, economic theory suggests that employers may respond to this new rule by cutting employees’ hours or even their base pay rates in order to avoid their costs from increasing. A new analysis by the Federal Reserve Board suggests that cuts in worker hours in response to the new overtime rule would add to the underemployment problem, hurting not just part-time workers but also full-time workers.

Workers are defined as “underemployed” if they are willing and able to work more hours, but are unable to increase their hours because no additional work exists. The monthly jobs report produced by the Bureau of Labor Statistics provides an indicator of underemployment: the number of people who are in part-time work but cannot find a full-time job. These workers are considered “underemployed” if they worked less than 35 hours a week but wanted to work more hours.

The latest data show that in April 2016, nearly 6 million workers were underemployed. The BLS data rely on the household-level Current Population Survey to tabulate these workers. However, the Federal Reserve Board analysis shows that work-hour constraints are also affecting many workers who work more than 35 hours per week.

For their analysis, the authors use data from the Panel Study of Income Dynamics (PSID) and the Health and Retirement Study (HRS). Relying on the more recent HRS data, the authors show that between 1992 and 2012, approximately 25 percent of workers reported that they had faced work-hour constraints, meaning they wanted more work but were unable to find it. A similar analysis for PSID data for the period 1968-1986 shows that 45 percent of respondents had felt constrained in terms of work hours at some point.

Unfortunately, PSID data was discontinued after 1986, so more recent numbers are not available. Because the PSID samples workers of all ages while the HRS surveys only workers over 50, the gap between the two measures is likely explained by younger or middle-age workers desiring more hours compared to more senior workers.

To the extent that employers respond to the overtime rules by cutting hours or base wages for affected employees, the number of workers reporting work-hour constraints is likely to increase.

As I have written earlier, a recent study evaluated the effect of the 2004 change in overtime regulations and found that some firms lowered the base wage for jobs that required overtime work, or cut hours when base wages could not be adjusted downward (such as for wages at or near the legal minimum).

Analysis of an earlier change that mandated overtime pay for wholesale workers showed that, following the change, 18 percent fewer men and women reported working more than 40 hours per week. Last year, when the Department of Labor invited comments to the proposed overtime rule, many business organizations surveyed their members and similarly reported that in response to the rule, many firms expected to restrict newly overtime-eligible employees to fewer than 40 hours per week. About 13 percent of respondents stated they would reduce salaries and another 13 percent stated they would switch employees from a salary to an hourly rate.

In support of the rule, some argue that while overtime hours may be cut, employees were not being paid for the extra hours so at the very least they would have to work fewer hours. President Obama acknowledges this as well by saying that employees may get “extra time off to spend with your family and loved ones.”

So there is no denying that one very tangible outcome of the proposed rule is the likelihood that hours would be cut for many employees below the 40-hour cutoff.

In an economy that is already experiencing considerable slack in the labor market, this otherwise well-intentioned policy is likely only to add to the problem of underemployment without doing much to improve take-home pay for low- and middle-income workers.