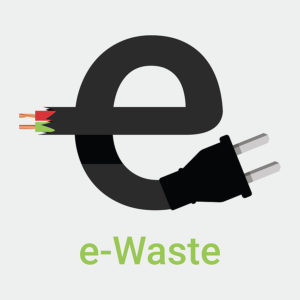 The E-Waste Problem—and Opportunity: Let’s Get Smart About Recycling

One of the big hits of the holiday sales season was the new, high-end iPhone 12. When it launched in October, some 2 million were pre-ordered in just 24 hours. But a lot of gift-wrapped new phones also meant a lot of old phones discarded.  If the past is any guide, many were simply thrown out in the trash.  This might be good news for Apple but it’s bad news for the environment, as those phones contain rare earth metals and other materials that act as contaminants. Yet, those elements could  be a new source of revenue for municipalities—if they can get smart about how they run their recycling progams.

At a time when local budgets are straining from the effects of the pandemic on their tax revenue, there’s no doubt there is overlooked value in all sorts of  consumer electronics currently sent to landfill. According to the Institute of Scrap Recycling Industries 2019 Recycling Industry Yearbook, one million cellphones can be mined for 33 pounds of palladium, 75 pounds of gold, 772 pounds of silver and 34, 274 pounds of copper. Yet, no more than 30 percent of e-waste was recycled during the period 2000-2014—and much of that is believed to have actually been simply exported to Asia and there dumped or burned. When including TVs, VCRs, DVD players, video cameras, stereo systems, cellphones and computer equipment, the Environmental Protection Agency has estimated that the U. S. produced 10 million tons of e-waste in just one year (2012), or 64 pounds per person. The market for such waste has been estimated at $1.19 billion for 2018 and on track to grow to $1.9 billion by 2024.

The hidden value of electronic waste should not obscure the fact it also poses health hazards. The National Institute of Health has warned that its disposal can contaminate rivers and streams through the release of heavy metals, leading to ill effects on fish and water plants; release into the atmosphere of toxic phosphorous, and tin and lead contamination of ground water.

The case for recapture and recycling of the raw materials in e-waste can even be understood as a national security issue—as rare earth materials crucial to electronics manufacture is often sourced outside the U. S., including in China, which accounts for 71 percent of the world rare earths market. The military uses for such materials have promoted Pentagon interest in ensuring U.S.-based supplies—and research arm of the Department of Energy, the Advanced Research Project Agency, which has formally solicited ideas “focused on highly energy efficient conversion of e-waste into usable manufacturing material.”

Yet at the same time cities are throwing valuable e-waste into landfills, they are picking up blue recycling bins filled with paper and plastic that often has little or no market value currently.

A 2020 study by the Recycling Partnership, an advocacy group which promotes recycling, found that the value of materials collected in order to be recycled  has fallen by 41 percent since 2017;  aluminum’s value has dropped by 33 percent, steel cans by 54 percent, and PET plastic by 45 percent.  Indeed, according to the same study, some of what is being collected—including mixed paper and glass—actually has a negative market value. The drop in value was sparked by the 2017 decision by China’s government to close that nation’s doors to recyclables.  The export of plastic to China fell by 99 percent.

Municipalities have found that they must pay to have “recyclables” taken off their hands. The Recycling Partnership study finds “that local programs now pay an average processing fee to material recovery facilities (MRFs) of $64 per ton, with some programs absorbing fees exceeding $100 per ton.”

So it’s is a good  time to rethink recycling.

The municipal waste stream should be reconceived as a “trash mine”. Like any mine, the value of its materials varies as markets vary—and some materials that may have once been overlooked. Cities should pick up—and re-sell—valuable e-waste, or even make private haulers pay for the right to do so. And they should stop paying for special trucks to pick up plastic for which there’s little secondary market.  The e-waste  “mine” is a chance for us to get smart about recycling.

Howard Husock is an adjunct scholar in Domestic Policy Studies at the American Enterprise Institute. He wrote this for InsideSources.com.