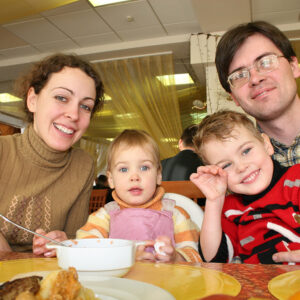 The Expanded Child Tax Credit Is Changing Lives. Congress Should Make It Permanent.

Some 39 million families across the country found something in their bank account (or mailbox) last month that’s long overdue: A significant investment by our government in eliminating child poverty.

That’s because as of July 15 and every month until the end of the year, the federal government began distributing monthly installments of the expanded Child Tax Credit (CTC) that was passed by Congress and signed into law by President Joe Biden in March. But this initiative to put money directly in the pockets of millions of parents is only budgeted to last for one year. It’s up to Congress to extend support for millions of parents who struggle to make ends meet.

Unlike many government programs, the Child Tax Credit is not hard to explain. Married couples earning $150,000 a year or less will receive $300 a month for every child under six years old, and $250 for every child between six and seventeen. For heads of households, the income threshold to receive the maximum CTC benefit is $112,500. Providing the benefit monthly rather than as an annual lump-sum aligns with the monthly expenses that families face, like rent and utilities, and can help them with budgeting.

It’s a simple formula that has the potential to be transformative — not just for millions of children and families — but for the country as a whole.

After all, there is nothing complicated about the principle at stake. Raising kids is hard work and parents deserve support. Whether the money goes toward healthy meals, paying for childcare, or allowing access to enrichment activities, the CTC recognizes parents know what works for their children and gives them the resources they need to meet their particular challenges.

For parents like Yolanda Gordon of Fort Mill, S.C., the CTC gave her the ability to make sure her children are getting the education she knows they deserve. “Access to additional money from my Child Tax Credit will help me pay for the fees that my children will have for school. It will reduce the burden that I will feel to ensure they have everything they need.”

All told, the CTC has the potential to reduce the number of children who live in poverty by half. That alone should give every American a reason to walk a little taller.

But the positive impacts are even more impressive when we look beyond the aggregate numbers. After all, a few hundred dollars each month has the potential to be even more transformative for those who have the greatest need. For some of the neediest families, this investment will help parents serve their children three meals a day instead of two, or keep the electricity on during what has already been a dangerously hot summer.

In the context of what we already know about how wealth is distributed in the United States, the CTC can also mitigate profound racial disparities. The median net worth for a White family in the U.S. is $188,200. For a Black family, it is just $24,100, and for a Latino family, it’s $36,000. Simply by ensuring that all children in families below a certain income level have a minimal, standard investment from our government, the CTC has the biggest impact on those who have been shut out the longest.

For most families, this support will be automatic. About 80 percent will simply see the money deposited in their bank accounts; the remainder will receive a check to the address the IRS has on file or will have the opportunity to enroll in the payments using an IRS non-filer portal.

That support has a big impact after years of slow wage growth combined with rising medical and housing costs. Providing a cushion for families struggling to make ends meet–while supporting the health and wellbeing of the next generation–is a wise use of our resources and a smart investment for our country. But the expanded program is only funded for one year, and Congress will need to take action soon to continue at the new level.

Kids are our nation’s best investment. That is why the original CTC passed Congress with broad bipartisan support. Now it is up to Congress to make sure we are not giving up too soon on a great idea. In the coming months, the House, Senate, and the Biden administration should all work together to make the expanded Child Tax Credit a permanent feature in our support for children and families.

Ashley Burnside is a policy analyst with the Income and Work Supports Team at the Center for Law and Social Policy. She wrote this for InsideSources.com.