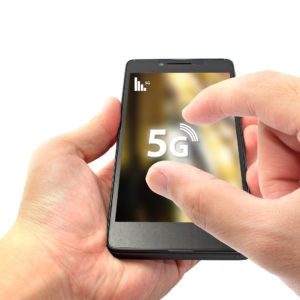 On Monday, January 3, AT&T and Verizon, two of America’s largest cell phone carriers, announced they would delay the rollout of their 5G services after the Federal Aviation Administration (FAA) raised concerns about how the service that depends on the C-band spectrum would interfere with aircraft operations. The FAA is specifically concerned that consumer use of 5G technology could interfere with radio altimeters that tell pilots how high above the ground they are.

While ensuring the safety of aircraft and passengers is at the heart of the FAA’s mission, their concerns regarding 5G interference not only ignore the real-world evidence from 5G rollout abroad, but their misguided concerns could entirely deny American consumers access to 5G technology that promises substantial benefits for consumers.

It seems the only thing endangered by the FAA’s objections is consumer welfare.

In December 2020, the Federal Communications Commission announced it was auctioning off prime C-band spectrum between 3.7 and 3.9 GHz. AT&T and Verizon won the auction, spending $23.4 billion and $45 billion respectively for the rights to use this range of important spectrum.

While both companies celebrated winning the rights to operate on this spectrum and promised a rapid expansion of their 5G services, the FAA requested a delay citing concerns of “radar altimeters” which operate on the 4.24 to 4.3 GHz spectrum and are “installed in thousands of commercial transport aircraft, general aviation aircraft, business jets, and helicopters.”

Acknowledging FAA’s concerns, both carriers agreed to delay the rollout of 5G services in November 2021 before once again agreeing to a further two-week delay in January.

Spectrum refers to the radio frequencies that wireless signals travel over. Without them, Americans would not be able to make phone calls, send text messages, stream TV shows and movies or browse social media. The C-band spectrum, specifically the band auctioned off by the FCC in December 2020, is vital for 5G technology because it covers considerable distances and requires fewer cell towers, making rolling out the service faster for consumers and less costly for carriers.

One of the principal issues with the FAA’s argument is that they have failed to produce any real-world evidence of where 5G rollout has endangered aircraft instruments. For example, in a letter to the FCC, CTIA noted that Japan has deployed “90,000 5G base stations” with no “reports of widespread altimeter interference.” More importantly, commercial 5G operations in Japan operate up on 4.1 GHz of spectrum, meaning there is only a “100 megahertz guard band” between commercial operations and those used on aircraft systems.

Additionally, South Korea has already deployed 195,000 5G sites that operate on the spectrum between 3.4 GHz and 3.7 GHz without any reports of interference that would endanger the safe operation of aircraft.

If 5G posed such a significant threat to aircraft operations, as the FAA argues, we would have clear evidence from Japan and South Korea that the two cannot safely co-exist.

Not only has the FAA failed to produce any evidence that commercial operations on the C-band spectrum could endanger aircraft, but it has also failed to consider how delaying the rollout of 5G could harm consumers. For example, 5G not only allows consumers to download files much faster than on 4G services, but it also enables the development of autonomous vehicles, smart homes, and cities, and to receive healthcare remotely.

Unfortunately, as the FAA continues to object to the deployment of 5G on concerns that have no basis in reality, denying millions of Americans the opportunity to access the numerous benefits 5G can offer to consumers.

While the FAA was right to consider the impact of 5G on aircraft safety, the reality of the service’s rollout in Japan and Korea shows the risk it presents to airliners and passengers is non-existent, and commercial and aviation operations on the C-band spectrum can co-exist. Moreover, if 5G did pose a threat to aviation, we would have clear evidence of this from the countries that have already deployed 5G on a mass scale. Without clear evidence that 5G poses a threat to aircraft, the FAA is only endangering consumer welfare by denying consumers the opportunity to experience the full benefits of 5G technology.