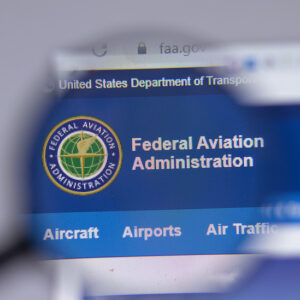 The FAA is Suddenly an Obstacle to Wireless 5G Rollout

The digital divide—the gap in access to communication technologies—is a huge problem for underserved communities, obstructing their access to modern tools that could dramatically improve lives. The step up to 5G wireless technologies has been a major focus in the telecom industry and is universally seen as a positive development.

So it is peculiar at best to see the Federal Aviation Administration (FAA) push dubious claims that 5G infrastructure puts the safety of the traveling public at stake, a move that would deepen that technological chasm. Even worse, the FAA’s claims ignore clear evidence to the contrary and instead are based on a study that’s been largely rejected for using faulty modeling.

Consumers across the country stand to be denied the benefits of 5G by FAA allegations that 5G base stations utilizing certain parts of the wireless spectrum (what is called the ‘C-band’) would interfere with altimeter operations as planes attempt to land in bad weather. The FAA is promulgating this claim despite the fact that the Federal Communications Commission (FCC) has studied this issue for several years and put ample spectrum guard bands in place.

The FCC—the independent federal agency that regulates communications by radio, television, wire, satellite, and cable—designed those spectrum guards with input from the aviation industry. And altimeters already safely operate while sharing C-Band space with 5G in 40 countries around the world.

The FCC has definitively shown well-designed and maintained aviation equipment will experience no interference problems with 5G. The FAA is well aware of this point—over a year ago the then-administrator of the agency said airlines just needed some transition time to upgrade their devices.

But now, airlines and the aviation industry have joined in on the FAA’s dubious claims. Having previously complained about the cost of updating their altimeters, they appear to be pushing for wireless providers and/or American taxpayers to absorb that expense. That would amount to another handout for the aviation industry, close on the heels of the $54 billion in federal bailout funds they have already received during the pandemic.

An enormous concern with this tact from the FAA and the aviation industry is that it will have a tangible negative impact on underserved communities by perpetuating the digital divide.

As I wrote in 2020, “Millions of Americans in underserved communities who depend on wireless networks must be recognized by policymakers to ensure they have mobile access for work, education, and other uses.” In a pandemic and post-pandemic world, those points ring true now more than ever.

Despite gains, the digital divide persists for many working families in underserved communities.  For example, research by Abriendo Puertas/Opening Doors shows that one-third of Hispanic families still do not have regular access to the internet. Furthermore, a June 2021 PEW Research study found one-quarter of Hispanic adults are smartphone-only internet users, compared with about one in 10 non-Hispanic White adults.

Because so many depend on their phones for internet service, expanding access to high quality, 5G fixed wireless services is a critical component in closing the digital divide in America once and for all. The exponentially amplified speed and processing power of 5G will turn smartphones into powerful tools that can be used in business, education, health care, public safety, and many other crucial areas.

With billions of taxpayer and private sector dollars poised to be spent in the next few years on closing the digital divide, now is the time for government agencies to be doubling down on supporting struggling communities.

A failure to properly address the digital divide hurts real people—it means fewer students being able to access schoolwork online, fewer families being able to work and start businesses from home, less access to potentially lifesaving telehealth services, and fewer opportunities to connect with friends and family who they may not be able to see in person now.

Increasing access to 21st-century technologies for underserved communities is too important to be blocked by counterproductive interagency quarrels and highly questionable assertions from the aviation industry.

Mario H. Lopez is president of the Hispanic Leadership Fund, a nonpartisan advocacy organization dedicated to strengthening working families by promoting public policy solutions that advance liberty, opportunity, and prosperity. You can follow him on Twitter @MarioHLopez. He wrote this for InsideSources.com