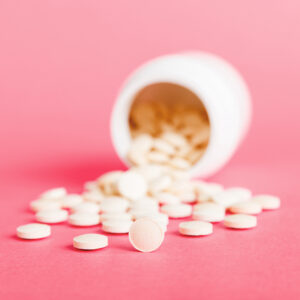 The FDA and Death by Dietary Supplement

The wife of California Republican congressman Tom McClintock, Lori McClintock, died of dehydration due to gastroenteritis caused by “adverse effects of white mulberry leaf ingestion,” according to a just-released coroner’s report. That herb is just one of many dubious and potentially life-threatening herbal remedies and other dietary supplements on the market today.

Dietary supplements are big business. Three out of four Americans take one or more regularly. For older Americans, the fraction is four out of five. One in three children also takes supplements. The estimated number of supplement products increased from 4,000 in 1994 to 50,000-80,000 today. Out-of-pocket expenditures for herbal and complementary nutritional products are more than $54 billion.

Many herbal products are complex, highly variable and impure. Not unlike the 19th-century snake oil preparations that were dangerous but had little (if any) efficacy, many are toxic, carcinogenic or otherwise unsafe. Side effects include blood-clotting abnormalities, hypertension, deadly allergic reactions, irregular heart rhythms, kidney and liver failure, exacerbation of autoimmune diseases, and interference with conventional prescription drugs.

Potentially harmful interactions with “real” drugs become exponentially more difficult to predict as the number of medications (and pseudo-medications) increases. The American Society of Anesthesiologists has warned patients to stop taking herbal supplements at least two weeks before surgery to avoid dangerous interactions with anesthesia.

With myriad dietary supplements available over the counter in supermarkets, pharmacies and big-box stores, many people assume that these pseudo-medications carry some government seal of approval, but nothing could be further from the truth.

Congress virtually exempted them from oversight under a 1994 law that bars federal authorities from requiring that herbal remedies be safe or effective or even that dosage information on the label is correct. Although the law prohibits supplements from being marketed for the treatment or prevention of disease — which would make them subject to regulation as drugs — this restriction is widely ignored, as any viewer of TV ads can attest.

The marketers of supplements evade the prohibition simply by playing word games: Instead of claiming that a product treats, controls or cures a condition (which would subject it to onerous regulation as a “drug”), they simply claim that their product “supports the immune system” or “supports heart (or brain or prostate) health.” If they add a pro forma disclaimer — such as, “This statement has not been evaluated by the FDA. This product is not intended to diagnose, treat, cure or prevent any disease” — it seems they can get away with anything.

Congress should take long-overdue actions to protect consumers from dangerous supplements. Optimally, it should repeal the earlier law, but at a minimum, it should:

—Empower the FDA to issue “a mandatory recall order” if there is a reasonable likelihood that a supplement is spiked with a harmful substance or could otherwise cause serious health problems.

—Empower the FDA to publish an inclusive list of supplement ingredients from which manufacturers could not deviate except to allow a reasonable margin for harmless impurities.

—Require manufacturers to have their supplements analyzed by an independent, nongovernmental entity to ensure that the label on the bottle accurately reflects the ingredients and the number of dosages. A model is the Nationally Recognized Testing Laboratories — the prototype of which is Underwriters Laboratories, a large nonprofit organization that tests and certifies more than 20,000 categories of products ranging from lighting fixtures and surge protectors to bulletproof glass.

These measures would still leave unaddressed the lack of assurance of efficacy, but they would at least offer consumers a modicum of protection against deficient manufacturing practices and outright fraud while letting them choose among a wide spectrum of competing products. Without these basic safeguards, patients will continue to be exposed to unacceptable risks but without much likelihood of benefit. And the body count will rise.

Henry I. Miller, a physician and a molecular biologist, is a senior fellow at the Pacific Research Institute. He wrote this for InsideSources.com.