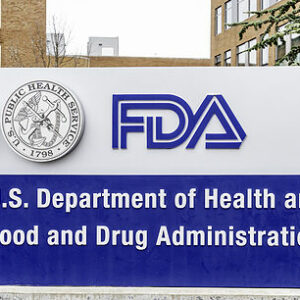 The FDA’s Tobacco and Nicotine Policy Is in Disarray

The U.S. Food and Drug Administration (FDA), led at the time by then-Commissioner Scott Gottlieb, published a regulatory plan in July 2017 to reduce tobacco-related disease and death.

Gottlieb proudly announced that “envisioning a world where cigarettes would no longer create or sustain addiction, and where adults who still need or want nicotine could get it from alternative and less harmful sources, needs to be the cornerstone of our efforts.” His plan was to encourage smokers to quit using combustible tobacco either through abstinence or by switching to reduced-risk nicotine products such as e-cigarettes or heated tobacco.

On one side of the equation was the intention to strike “an appropriate balance between regulation and encouraging development of innovative tobacco products that may be less dangerous than cigarettes,” while at the same time starting “a public dialogue about lowering nicotine levels in combustible cigarettes to non-addictive levels through achievable product standards.”.

This seems, on the face of it, a fairly sensible proposal; to encourage the manufacture of less satisfying combustible cigarettes while making far less harmful products widely available and a more attractive method of consuming nicotine.

However, nearly five years later, the FDA’s proposed policy is in disarray.

Just before Christmas, the FDA granted a modified risk tobacco product (MRTP) order for 22nd Century Group, Inc.’s VLN cigarettes. The MRTP order is an enhancement to the already-authorized premarket tobacco product application (PMTA), which the FDA ordered in December of 2019. This product delivers next to no nicotine but still carries the risks associated with all the other harmful ingredients in lit tobacco. Meanwhile, more than 5 million vaping products have since been banned, including all flavors which are vital in helping millions of smokers, globally, quit.

Gottlieb’s envision from 2017is in tatters. Instead, there is now have a situation where a new combustible cigarette has not only been authorized under a new tobacco product regulatory scheme, but also deemed to present a reduced level of harm to the user. Meanwhile, and simultaneously,  far safer options designed to lure smokers away from the tar and carcinogens in cigarettes have all but been obliterated.

In 1976, tobacco researcher Michael Russell noted that people “smoke for nicotine but they die from the tar” and that the risks associated with smoking “might be more quickly and effectively reduced if attention were focused on how to reduce their tar intake, irrespective of nicotine intake.” This is the essence of tobacco harm reduction; to make nicotine available in a safer form while discouraging far more harmful cigarettes.

What the FDA has now implemented is the opposite, it is arguably a regulatory policy of aggressive harm maximization.

This has come about because the FDA appears to believe that nicotine, itself, is the harmful substance to be eradicated, rather than tar and smoke. Indeed, the FDA’s authorization describes the new VLN cigarettes as “Tobacco Products that Help Reduce Exposure to and Consumption of Nicotine for Smokers Who Use Them.”

This is dangerous as the authorized cigarettes are not being marketed as a smoking cessation strategy, the FDA is instead claiming that continued use of the products will lead to a health benefit, which could not be further from the truth. The authorization also goes against the 2017 regulatory plan in that the only way that VLN cigarettes could be good for public health is if smokers don’t use them because they are so unsatisfying and switch to safer products instead.

But the safer products have mostly been banned while the makers of this newly authorized cigarette – including what will be the only menthol cigarette permitted to be sold in the country soon – are free to encourage smokers to buy them, not to use them for a short period and then quit or switch to something else. It is little wonder, then, that 22nd Century Group stock skyrocketed at the announcement.

It seems that the FDA has completely lost its way in the years since the 2017 regulatory plan was announced. In 2021, rather than encouraging smokers to reduce their exposure to the thousands of toxins in smoke and promoting less harmful use of nicotine, the FDA is effectively telling the American public that nicotine is the harmful substance in cigarettes, not the smoke.

It is a potentially catastrophic approach and one which should be scrapped and urgently reconsidered.