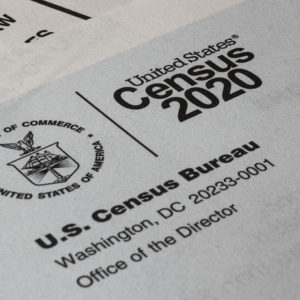 The Fight For Equitable Community Funding Starts with the Census

Earlier this year, the U.S. Census Bureau statistically confirmed what we already see in our communities, workplaces, and families—our nation has become more diverse. And like the majority of our fellow Americans, we know this diversity is a strength that must be affirmed through equitable policies and practices.

The census count serves several critical functions. In addition to providing a picture of America and what we look like as a country, it is the basis for fair representative districts and data for equitable resource allocation. It’s up to all of us to ensure that these objectives are met and that our elected leaders are held accountable for achieving them.

Officials across the country are currently embroiled in negotiations—and often in overt conflict—that will ultimately shape how well communities are represented on the local, state, and national levels. Some lawmakers from Texas to Arkansas to South Carolina, for example, are attempting to manipulate the new maps to discount voters of color and tilt the scales in their favor, in an abuse of their position. Luckily, those who support a multiracial democracy are vocally pushing back against partisan and racist gerrymandering, and we all must continue to guard this process.

With that battle underway, considerably less attention has been focused on ensuring an equitable allocation of resources. Accurate census data enables the government to understand the needs of all Americans, and particularly marginalized communities, to better provide opportunities for employment, quality education and healthcare, and dignified retirement. It helps direct nearly $700 billion in funding for schools, hospitals, fire departments, and more. And it doesn’t just aid the public sector. The private sector also relies on census data to plan out investments and infrastructure.

The equitable allocation of resources is especially important to communities of color, which have been historically undercounted and too often excluded from or harmed by government policies. That’s why the Racial Equity Anchor Collaborative, a multiracial group of national organizations we are part of, worked to help people get counted in the midst of a health pandemic that hit our communities disproportionately hard. We believe, and many experts agree, that in addition to the pandemic, underfunding of the census count and the Trump administration’s attempt to sabotage the process resulted in an undercount in this latest census.

What does that mean? An undercount would result in programs such as Medicaid and Medicare, Head Start, and the Supplemental Nutrition Assistance Program (SNAP) being inequitably funded, making it harder for certain communities to access these services. It would result in neighborhoods with high census participation—which are often White—receiving a greater share of resources, while neighborhoods that are more diverse, which also tend to be younger populations, are left out of investments in transportation and infrastructure. Whether you are Black, White, Latino, Asian, Native Hawaiian, Pacific Islander, American Indian, or Alaska Native, that would impact our collective future.

Just because the data is now in doesn’t mean the fight is over. Now is the time for people to organize, let our voices be heard, and our needs made known. We encourage people to connect with organizations in their area that are working to ensure equitable resource allocation, attend town hall meetings with their representatives, particularly those on redistricting, and testify at hearings and commissions. State, local, and federal officials must be mindful of the disparities that exist in communities of color and do everything in their power to ensure they receive the resources they need ahead of the midterms and beyond. This will ensure a greater future for all of us.

The census is an opportunity to advance fairness and equity in policies and programs. It’s about providing all communities with the resources they have already contributed to and need to thrive. Living up to the promise of our democracy means ensuring that all of us are counted – not just in the census, but in the decisions that come from it too.