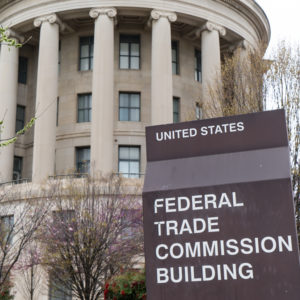 Posted to Politics October 12, 2021 by Alden Abbott and Andrew Mercado

One key takeaway from the COVID-19 pandemic is that virtual services are not just convenient and save consumers time—in cases like health care, they’re sometimes essential. Telehealth has been a vital lifeline for many during the pandemic, so it’s no surprise that since mid-2020 there has been an estimated 38-fold increase in the use of virtual health care services. And a recent Federal Trade Commission settlement looks to bolster those gains.

The relaxing of regulations and an increased comfort with technology have both aided in the rapid increase of telehealth utilization, but some public policies regarding services outside of a doctor’s office have remained outside the realm of telehealth. Until recently, an example of one such service was at-home teeth alignment in the state of Alabama. Since 2017, the state’s residents could not access at-home alignment services unless they received a scan from a facility under the supervision of a licensed dentist.

A September 28 action by the FTC, however, may have Alabamans feeling more confident about their smiles and their pocketbooks after the federal government’s antitrust and consumer protection agency came to the rescue. As part of a settlement with the FTC, the Board of Dental Examiners of Alabama has agreed to stop requiring that dentists be present on-site for consumers to receive mouth scans for misaligned teeth. Companies were previously required to send consumers to get their mouths scanned by dentists in a process that not only increased costs, but also reduced convenience for many individuals who may live far away from the nearest dental office.

This settlement has the potential to bring wide-ranging benefits to consumers that go well beyond alignment services. This FTC intervention signals to state-sanctioned occupational review boards that anticompetitive action is not going to be tolerated.

The move to strike down anticompetitive state regulations falls in line with previous actions that the FTC has taken against similar review boards in North and South Carolina. In all these cases, state review boards have suppressed competition and harmed consumers by creating overly burdensome requirements on companies providing dental services. These regulations raised the cost of—and decreased access to—health care services at a time (during the pandemic) when any decrease in access to health care could have had significant consequences.

This settlement should not be the end for the FTC, however. The resolutions in North and South Carolina, and now Alabama, should serve as a model for more state boards and the FTC. The FTC can continue looking into these boards for overburdensome regulation that limits access to vital medical services and increases costs in an already overly inflated health care market.

The answer to this problem will not be found in sticking with the status quo. It will be found with occupational licensing reform; finding ways to maintain the same quality of care, and decreasing the burden of licensing through innovation and the use of technology. Some of this has already been done in the wake of the pandemic, but for the results to be long-lasting, the changes need to be permanent, not temporary, emergency-based fixes.

The FTC’s deregulatory settlement is a noted departure from the recent interventionist regulatory stance it has taken in other areas, but it’s a step in the right direction by increasing access and decreasing costs for a multitude of consumers. It also shows that the FTC is willing and able to take on state regulations that harm consumers. If it continues down this path, and branches out into occupational licensing reform, the future may look significantly brighter for consumers across the nation.