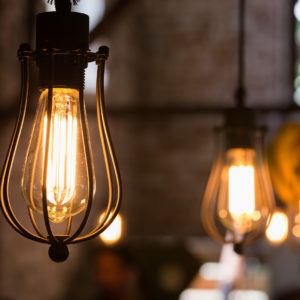 In research there is evolution, revolution and — sometimes — what I call “retro revolution,” which happens when old methods have new applications. All three are in play in the world of electricity, and are affecting storage.

The inability to store electricity has been a challenge since the time of Thomas Edison. Electricity is made and used in real time, putting huge pressure on utilities at particular times of the day. For much of the East Coast in summer, for example, the peak is in the evening, when people come home from work or play, crank up the air conditioning, flip on the lights, the TV and start cooking. In many cities, the subways operate at peak and the electricity supply is stretched.

Traditionally, there have been two ways to deal with this. One is that utilities have some plant on standby, in what is called “spinning reserve,” or they have gas turbines ready to fire up.

Solar and wind power, an increasing source of new generation, have made the need to store and retrieve power quickly more critical. The sun sets too early and the wind blows willy-nilly. Also the quality of the power reaching the grid varies in seconds, necessitating a quick response to ease supply or increase it.

Until now, the best way to store large amounts of electricity — it is never really stored, but has to be generated afresh — is known as “pump storage.” This occurs when water is pumped up a hill during low demand times, at night and early in the morning, and released through generators to make new electricity during peaks.

It has gotten harder and harder to get permission to install new pumped storage because the best locations are often in scenic places. In 1962, Consolidated Edison Co. proposed building a pump storage facility on the Hudson River at Storm King Mountain near Cornwall, N.Y. After 17 years of environmental opposition, it gave up.

Now battery technology has reached a point where utilities are installing banks of lithium-ion batteries to help with peak demand. They also play an important part in smoothing out variable nature of alternative energy.

Batteries are not the only play, but because Mr. Battery, entrepreneur Elon Musk, is a showman, they tend to get more public attention.

Other mechanical methods hold as much promise and some dangers. One is flywheels, which would be wound up at night and would release power when needed. It is an old concept, but one that has new proponents — although there are concerns about when things go wrong and that super-energetic device flies apart.

“What happens if it gets loose and goes to town?” asks a wag.

Another method is compressed air in underground vaults. Natural gas already is compressed routinely for storage. The technology exists, but the compression would have to be many times greater for air, and there are concerns about the impact of this “air bomb.”

Yet another method involves a column of water with a heavy, concrete weight pressing down on it.

My own favorite — and one likely to appeal to many because of its safety and mechanical efficiency — is an electric train that stores energy by running up a track and then down to generate power. A Santa Barbara, Calif. company, Advanced Rail Energy Storage (ARES), is planning to run a special train 3,000 feet up a mountain track in Pahrump, Nev., and then have the train come down the mountain, making electricity as it does so. They plan to use hopper cars loaded with rock or other heavy objects. The Economist magazine has dubbed it the “Sisyphus Railroad.”

The train will go up or down the track depending on the needs of the California grid to which it will be linked. The developers claim an incredible 85-percent efficiency, according to Francesca Cava, an ARES spokeswoman. “That’s what you get with steel wheels on steel track,” she says.

The company has received Bureau of Land Management approval for its 5.5-mile track, and construction of the energy train starts next year. “All aboard the Voltage Express making stops at Solar Junction, Wind Crossing and Heavy Goods Terminal.”

Choo-choo! Back to the future.