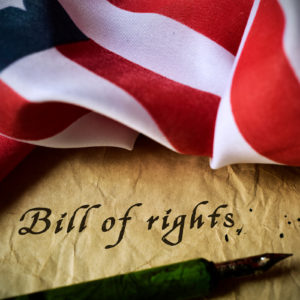 The Genius of America’s Anti-Democratic Tradition

As Election Day — or Election Week, or Election Month — prepares to perform a welcome coup de grâce on one of the worst years in living memory, there is something for which every American should be grateful.

In 2020, tributes, panegyrics, hymns and paeans to American democracy have been rare.

Right-leaning folks see red, appropriately, whenever The D Word is used to describe government in the U.S. They note that “democracy” appears nowhere in the Constitution, and that the Founders were deeply suspicious of majority rule.

(Fisher Ames: “A democracy is a volcano, which conceals the fiery materials of its own destruction.” James Madison: “[M]easures are too often decided, not according to the rules of justice, and the rights of the minor party; but by the superior force of an interested and over-bearing majority.”)

Law professor Eugene Volokh counters that while the U.S. “is not a direct democracy, in the sense of a country in which laws (and other government decisions) are made predominantly by majority vote,” it is a “representative democracy, which is a form of democracy.”

Okay, fine. Perhaps we can all compromise on American government at the local, state and federal levels being democratic in nature.

But lucky for liberty, it’s not too democratic. Right from the beginning, mechanisms were put in place to muck up the enactment of “the will of the people.” Some obstacles were removed, but others remain, and from time to time new barriers were erected.

The Bill of Rights is a good place to start our survey. The First Amendment, affixed to the “controlling legal authority” of the land, bars the national legislature from taking a number of actions, no matter how popular:

“Congress shall make no law respecting an establishment of religion, or prohibiting the free exercise thereof; or abridging the freedom of speech, or of the press; or the right of the people peaceably to assemble, and to petition the Government for a redress of grievances.”

Yes, the Constitution can be changed. But it’s a fairly cumbersome — and far from simple-majority — task. Just 17 amendments have been added in the last two centuries. (One of them was to repeal Prohibition, a policy enacted via the amendment process 14 years earlier.)

“Democracy” exists in a very strange form in the U.S. Senate.

As National Journal whined in 2013, a “single voter in Wyoming, a state with a mere 600,000 people, has the equivalent representation of 66 Californians unfortunate enough to live in a place with 38 million other people. The two-senator allotment to each state also makes it essentially impossible to change the makeup of the states or admit new ones like the District of Columbia.”

What leftists see as the unfairness of the “world’s greatest deliberative body” manifests itself even within the chamber’s functioning.

In many states, a type of fiscal-responsibility “filibuster” has been in place for several decades. Supermajorities for tax hikes are required in Mississippi, South Dakota, Nevada, Florida, California, Delaware, Missouri and several other states. Arkansas, Nebraska and Rhode Island mandate supermajorities for the adoption of budgets.

State constitutions, like their counterpart in Washington, often serve as constraints on decisions made by the politicians voters put in office.

Less than one month ago, the Michigan Supreme Court found that a “law allowing the governor to declare emergencies and keep them in place without legislative input … is unconstitutional.” The Wolverine’s State’s chief executive beat her GOP opponent by nearly 10 percentage points in 2018.

But each of the four justices who ruled against Whitmer was elected, too. For you democracy-lovers, a kōan: Did the governor or the court’s majority represent Michigan’s vox populi?

In his book The People vs. Democracy, Yascha Mounk wailed that if public policy reflected the preferences of most Americans, then “campaign contributions [would be] more tightly regulated; paid parental leave would be the law of the land and public colleges free; [and] the minimum wage would be higher and gun control much stricter.”

Quite true. And a strong argument for continuing America’s anti-democratic tradition.