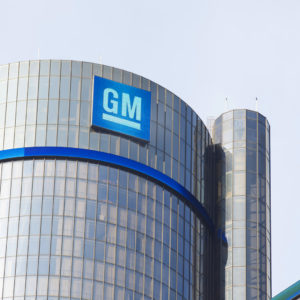 General Motors ignited a firestorm of criticism when it recently announced it will shut down its massive Detroit-Hamtramck factory — along with other plants in Ohio, Maryland and Michigan — and lay off 14,000 workers across North America. President Trump decried the loss of jobs and called for penalties against GM.

Politicians’ obsession over jobs shows that we still haven’t learned the hard lessons suffered by the residents of Poletown, the neighborhood that was bulldozed for the Detroit-Hamtramck plant in the early 1980s. Supporting economic growth doesn’t justify abusing government power.

Poletown, named for its original Polish immigrant residents in the late 1800s, was a multi-ethnic, working-class Detroit neighborhood. It was a close-knit community where many people lived and worked their entire lives — where ethnic restaurants still sold traditional Polish cuisine on its main street.

But that all changed when General Motors decided it needed the land to build a Cadillac factory.

As the U.S. auto industry struggled with new Japanese competition and a recession in 1981, unemployment in the Motor City hit 18 percent. Desperate Detroit and Michigan politicians steamrolled any opposition, with longtime Detroit Mayor Coleman Young leading the charge to keep GM in Detroit. Michigan lawmakers supported him by passing the state’s infamous “quick-take” eminent domain law, which was upheld by the state Supreme Court in 1981. The law allowed government to take possession of property before a fair price for it was even determined.

Poletown residents mounted a valiant defense, including one resident who built a wall around his house and patrolled his front yard with a .22-caliber rifle. Corporate watchdog Ralph Nader helped turn their story into a national issue.

But you can’t fight City Hall.

Following the last Mass at Immaculate Conception Church, which drew an estimated 1,500 worshipers, a couple dozen holdouts maintained a round-the-clock vigil to protect the church. After 29 days, SWAT teams were sent in to bring out the “little old Polish ladies” still praying the Hail Mary.

The use of eminent domain in Poletown displaced more than 4,200 people from 1,500 homes, 144 businesses, 16 churches, two schools and a hospital. In his dissent to the 1981 case, Michigan Supreme Court Justice James L. Ryan contested this use of government power, saying that his fellow justices “seriously jeopardized the security of all private property ownership.” He was right, and 23 years later the Michigan Supreme Court agreed, unanimously overturning its previous decision, mostly forbidding the use of eminent domain to promote economic development.

Writing on the Poletown debacle in 1981, Pulitzer Prize-winning columnist William Safire reminded his readers of a quote by the “Father of Liberalism,” Enlightenment philosopher John Locke: “The great and chief end, therefore, of men’s uniting into commonwealths, and putting themselves under government, is the preservation of their property.”

When it seizes private property on behalf of powerful corporate interests, government violates the fundamental reason for its own existence. President Trump is no stranger to favoring the well-connected at the expense of the vulnerable, since he has used eminent domain as a bludgeon in his private business dealings before. And his desire to punish GM for a reasonable business decision illustrates how politicians are too intertwined with the economy.

Politicians’ rush to claim credit for job creation often leads them to misuse eminent domain authority. New York City officials just demonstrated this by offering to use eminent domain for Amazon’s expanded headquarters, HQ2. But equality under the law is the keystone of democratic ideals, and politicians should remember that infringements on that principle undermine the very basis of modern government.