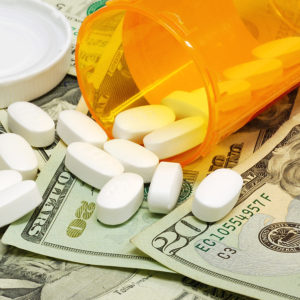 The first bill, a $1 trillion bipartisan infrastructure package that the Senate already passed in mid-August, should come up for a vote on the House floor — in some form — by the end of the year. It mostly funds roads, bridges, and ports — but also contains a provision delaying the Trump administration’s “rebate rule” that was designed to save patients billions of dollars at the pharmacy counter.

The second, a $3.5 trillion behemoth, eliminates that rule entirely — and would also let the government “negotiate” drug prices, a step that will inevitably result in access restrictions for patients and a decrease in investment for new medical innovations.

Congressional Democrats are selling both bills as historic “reforms” that would save patients money. But they’re misleading their constituents and the country. These initiatives will saddle patients with higher out-of-pocket costs and reduce their ability to use cutting-edge medicines — all to free up space in the government’s budget for unrelated things – like boondoggle subsidies for electric vehicles.

Let’s start with the Trump-era rule. It would require pharmacy benefit managers — the firms that help insurance companies design and administer prescription drug plans — to use the discounts and rebates they extract from pharmaceutical companies to reduce out-of-pocket drug costs for patients. Those discounts are considerable, totaling $187 billion in 2020.

The rule would massively reduce copays and coinsurance for the sickest patients. That’s important because study after study has found reducing patients’ out-of-pocket spending increases their adherence to prescription regimens and results in better health outcomes. Over 44 percent of adults have skipped a medically necessary prescription at least once because of cost. Ten percent have done so more than three times.

Aside from bolstering patients’ health outcomes, the rule would also save the entire U.S. healthcare system a lot of money. Studies have estimated that non-adherence costs nearly $300 billion per year. That number could be twice as much if loss of worker productivity is accounted for. When people don’t take their medications, treatable chronic conditions can turn into expensive medical emergencies.

By delaying and then fully repealing the Trump-era rebate rule, congressional Democrats are essentially sacrificing those patients’ health to save $180 billion that’ll be used to pay for a host of liberal priorities.

They also want the government to negotiate drug prices directly with manufacturers — a move they hope will save hundreds of billions of dollars. But as the nonpartisan Congressional Budget Office (CBO) has long explained, the only way for Medicare to incur these savings is to simply stop covering many cutting-edge drugs.

And let’s be clear: these would be negotiations in name only. In reality, they are federal government-set price ceilings for hundreds of common treatments. If companies don’t comply, they’re slapped with an up to 1900 percent excise tax. Has anyone ever heard of a “negotiation” that works like this?

Draconian price-setting measures would also lead to massive setbacks in medical innovation. In 2019, the pharmaceutical industry invested a whopping $83 billion into new drug R&D. If Democrats get their way, this spending could be slashed by half or more.

Forgoing these scientific breakthroughs would easily eclipse any savings from price-setting. Alzheimer’s disease, for instance, costs the United States an estimated $277 billion every year. Diabetes costs more, totaling $327 billion. If we truly want to reduce healthcare spending, quitting when we’re so close to curing these diseases and many others is nonsensical.

Eliminating the rebate rule and instituting drug price ceilings are bad ideas on their merits. But it’s particularly galling that our lawmakers claim these drug pricing “reforms” will save patients money. In reality, both bills’ drug pricing provisions are expressly designed to slash government expenditures and free up money for unrelated items on the progressive wish list.